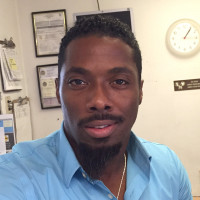 During more than a decade as a patient advocate at Johns Hopkins University’s Moore Clinic for HIV Care, Ronald helped thousands of people with his famously positive attitude while providing a multitude of lifesaving services. He also made a point of visiting patients in hospice who didn’t have family members coming by. He openly marvels at the medical advances made during his 22 years of living with HIV: He has been undetectable for 17 years, and his daily pill burden—which used to be five pills taken three times each day—has now dropped all the way down to a single daily tablet.

Oklahoma
Shana, from the Kiowa Tribe in Oklahoma, was one of first HIV-positive Native Americans to go public about her status. Soon after testing positive as a 21-year-old mother of a 1-year-old, she began telling her story publicly and has never stopped. Shana has spoken to audiences all over the country but is most excited about her talks with Native people on isolated reservations, where HIV stigma is rampant and education, testing and services are still hard to discuss openly. Shana has given birth to two more children since testing positive; her daughter Danica was the first baby born to a mother suppressing her HIV with Kaletra. 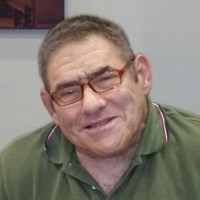 “Housing as health care” is Jim’s specialty. The Yale graduate has spoken to Congress about the issue, and he’s involved with the National AIDS Housing Coalition. All this despite a harrowing experience with an early drug trial that resulted in spinal damage—he lost 7 inches in height because of destroyed disks, leaving less room for his lungs, bowel and stomach. Jim has undergone 37 spine surgeries in the past five years alone. As such, he’s also a staunch advocate for disabled rights. And yet one of his biggest battles, he says, was getting sober 14 years ago. Medical records support his seroconversion back in 1977, before AIDS was even known. Today he’s working on a memoir that we can’t wait to read. 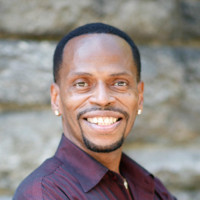 Orbit co-founded and is the deputy executive director of Harlem-based Perceptions for People with Disabilities (PPD), which serves people both HIV positive and visually impaired, hard of hearing or mentally challenged. He has worked on the HIV Health and Human Services Planning Council of New York City and serves on multiple advisory groups and steering committees, including a subcommittee for New York State’s campaign to end the epidemic by 2020. He’s also a UNAIDS Civil Society Partner member, which is part of the United Nations’ push to end the global epidemic. At Harlem’s Convent Avenue Baptist Church, Orbit is a longtime member and the president of the Healing Hope AIDS Ministry. 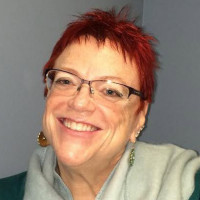 Pat’s first brush with the virus came when a boyfriend called her from prison to recommend she get tested. Her positive result propelled her to get help quickly and to eventually be open about her diagnosis, which was often challenging in her small community. She has been with Community AIDS Resource and Education Services (CARES) of Southwest Michigan for 13 years, first as a volunteer and later as a prevention specialist, case manager and team leader. Pat is a regional co-chair of Positive Women’s Network–USA and a legislative advocate with the Michigan Coalition for HIV Health and Safety, helping to modernize HIV criminalization laws. 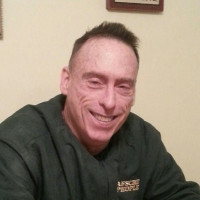 In the ’90s, Graig moved to San Francisco because he didn’t want to tell his family in Ohio that he had tested HIV positive. But he eventually returned home and became an award-winning advocate and public speaker, not to mention a teacher at Ohio State University and a high school volleyball coach. Graig is a community representative for Ryan White and was president of the Ohio AIDS Coalition. Speaking engagements on behalf of the Columbus AIDS Task Force and AIDS Resource Ohio have won him wide praise. He has a photo album he often shares to bring home the fact that he lost so many friends to the virus—but his attitude remains upbeat, all these years after telling his family he has HIV. 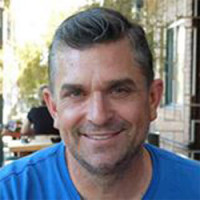 As an openly HIV-positive gay man, Daniel has worked at Oregon’s Cascade AIDS Project since 2003, initially as a CareLink navigator, helping those newly diagnosed begin treatment. He then became a housing case manager, a position he has maintained for nearly a decade. In this role, he works to help HIV-positive clients obtain temporary and long-term housing. In Portland, Daniel’s friends and peers consider him a housing expert, and he is able to use his personal story to uniquely connect with his clients. 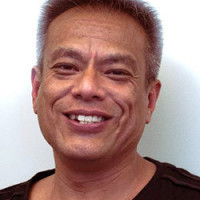 Vince understands how difficult and isolating life can be for long-term HIV/AIDS survivors. As a gay Chamorro (Pacific Islander) activist originally from Guam, Vince began his activism in the HIV community in New York City in 1985. He currently chairs the HIV and Aging Workgroup for the San Francisco Department of Aging and Adult Services, and he’s the program manager of the Elizabeth Taylor 50-Plus Network for the San Francisco AIDS Foundation, based at its new medical center, Strut, in the Castro. Vince builds community by helping folks come out of isolation and depression and regain a sense of purpose and human connection. 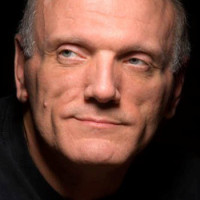 Robert was living in New York City, following his acting dreams, when he learned of his AIDS diagnosis. He then became involved with the work of Joseph Sonnabend, MD, and his nonprofit, the Community Research Initiative on AIDS. When his health deteriorated, Robert headed back to Shreveport, Louisiana. He feared he was returning home to die. Instead he founded ACT UP Shreveport and—with the help of his HIV doc, Marcus Spurlock—The Philadelphia Center, the region’s first and largest AIDS service agency. Robert never gave up on his creative dreams; he’s currently the managing and artistic director of the Shreveport Little Theater, the same venue where he performed as a child. 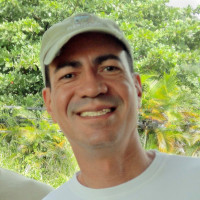 Fernando was born and raised in Puerto Rico but left in 1989 in search of HIV treatment. He studied sociology at Pontifical Catholic University and moved to New York City, where he worked for GMHC on its hotline and a forum about HPV and anal cancer; through God’s Love We Deliver, he helped feed homebound people living with HIV. He then moved to Hawaii, where he coordinated and participated in more HIV research, this time on the human brain. Fernando works at Latinos Salud in Wilton Manors, Florida, as a certified HIV/STD tester, phlebotomist, counselor and more. Compassionate and culturally sensitive, he also does life-coaching sessions and facilitates Positive-Social, which he created. 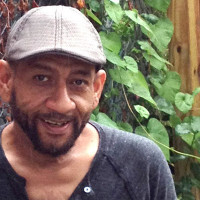 Described by friends as “the heart and soul of ACT UP Philadelphia”—of which he’s a longtime member—Jose works to ensure the longevity of the program, and he mentors younger HIV activists, helping those angry over their diagnosis to channel that rage into strategic action. Jose also works at Prevention Point Philadelphia, the city’s only syringe-exchange program. He served on the board of Health GAP, seeking international funding and access for HIV treatment and prevention programs in Global South countries, and on the AIDS Policy Project. Recently he worked through ACT UP to educate about PrEP (pre-exposure prophylaxis). His friends say Jose is also known for his moving speeches. 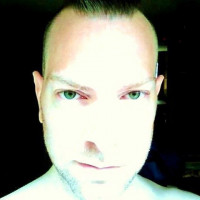 Lu is a classically trained pianist and composer. He contracted HIV at age 15. He was also physically beaten to the point of brain damage, leaving him with severe vertigo. Yet he earned degrees in comparative mythology, philosophy and music composition. He is training to become an American Sign Language (ASL) interpreter and runs his own record label and consulting firm. Once depressed about his status, he attempted suicide multiple times. But on the 20th anniversary of his diagnosis, Lu began volunteering at the Gay City Health Project, where he hopes to use ASL to help deaf people get tested. He’s also a crisis and suicide prevention counselor. 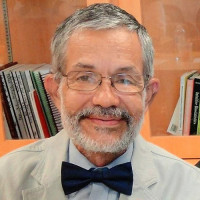 When José was diagnosed with AIDS in 1994, he was given six months to live. An employee of the Puerto Rico Department of Health’s Central Office of AIDS Affairs and Communicable Diseases at the time, he began healing through self-empowerment and taking control of his health. José has never been afraid to disclose his status. He joined organizations such as NAPWA, NMAC and the Latino Commission on AIDS, focusing on work in Latino communities. He has participated in several clinical trials, and a top priority for him is fighting for fair access to medical treatment, including PrEP. 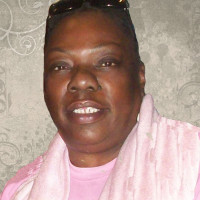 Focusing on the needs of positive women over 50, Connie is a New York activist who has worked as a member of GMHC’s Consumer Advisory Board, ensuring women have a strong voice in the organization. She is heavily involved in GMHC’s Action Center, working with other volunteers to create legislative change. Praised by friends and colleagues for her laugh, smile and uplifting attitude, Connie also does outreach work and training through Harlem United and ACRIA. 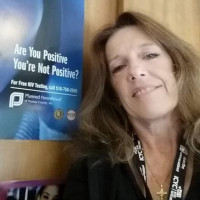 Nancy is a writer, blogger and peer educator with Planned Parenthood. She uses social media to provide support and information for newly diagnosed people online. In 1996, because of AIDS complications—she was diagnosed with lymphoma—Nancy was told she would likely die. She was about to be placed in a nursing home when her health improved. Nancy underwent chemo, which beat the cancer, and started new HIV meds. Eventually, she went on to thrive as a respected role model, educator and advocate for the New York HIV community—and as a proud mom to her son, now in his 30s.