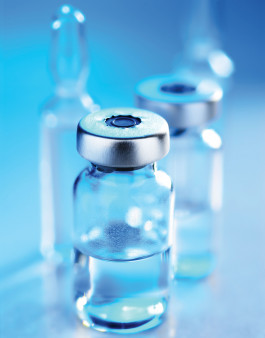 Researchers were also able to make the first-ever estimate of the level of antibodies needed for protection against HIV.

Researchers have crossed a major hurdle by finding a way to stabilize the shape-shifting protein on the surface of HIV known as Env. This feat allowed them to more easily produce copies of Env, which served as the basis of an experimental vaccine. They injected this vaccine into monkeys, which, as a result, developed a range of levels of neutralizing antibodies to SHIV, an HIV-like virus. Next, they revaccinated six monkeys that had developed low levels of neutralizing antibodies and six that had developed high levels. Twelve other monkeys served as controls. The monkeys were then exposed to SHIV. The vaccine prevented infection among the animals that had developed high levels of neutralizing antibodies, marking the first time a vaccine study achieved such a result in an antibody-based vaccine. The vaccine’s protection, however, waned during the months following its injection.