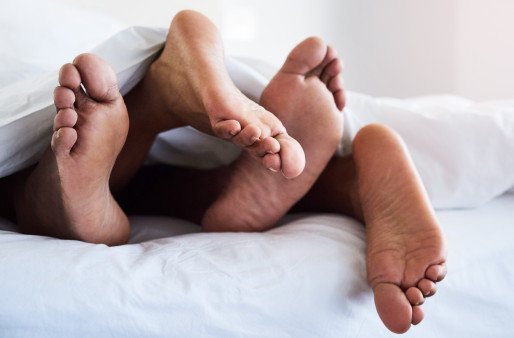 Rates of chlamydia, gonorrhea and syphilis increased in 2019, and the COVID-19 pandemic could make matters worse.

New data from the Centers for Disease Control and Prevention (CDC) show that reported annual cases of sexually transmitted infections (STIs) in the United States continued to rise in 2019, reaching an all-time high for the sixth year in a row. Gay and bisexual men, African-American people and young people had disproportionately high rates. And the latest figures don’t reflect the impact of the COVID-19 pandemic.

According to the CDC’s Sexually Transmitted Disease Surveillance 2019, the federal agency received more than 2.5 million reports of chlamydia, gonorrhea and syphilis, the three most common notifiable STIs (also know as sexually transmitted diseases, or STDs). This represents a nearly 30% increase since 2015.

“Less than 20 years ago, gonorrhea rates in the U.S. were at historic lows, syphilis was close to elimination and advances in chlamydia diagnostics made it easier to detect infections,” Raul Romaguera, DMD, MPH, acting director of the CDC’s Division of STD Prevention, said in a press release. “That progress has since unraveled, and our STD defenses are down. We must prioritize and focus our efforts to regain this lost ground and control the spread of STDs.”

Chlamydia: More than 1.8 million cases of chlamydia were reported in 2019 (552.8 cases per 100,000 people), an increase of 3% since 2018 and nearly 20% since 2015. Cases rose among both men and women, in all racial/ethnic groups and in all regions of the country. Almost two thirds of cases were in adolescents and young adults.

Syphilis: 129,813 cases of syphilis were reported in 2019, an increase of more than 70% since 2015. This included 38,992 cases of primary and secondary syphilis, the most infectious stages. Here, too, cases rose among both men and women, in all racial/ethnic groups and in all geographic regions. Gay and bi men accounted for a majority (57%) of cases. The sharpest increase was seen for congenital syphilis, or infection present in newborns at birth, which rose by nearly 300% during this period, reaching almost 1,870 cases (48.5 per 100,000 live births). The number of stillbirths and infant deaths related to syphilis also rose. Congenital syphilis reflects both a lack of timely prenatal care to diagnose the disease in pregnant women and failure to treat cases that are diagnosed.

Although all these STIs are treatable, they can have serious health consequences if left untreated. While many people don’t have early symptoms, STIs can ultimately cause pelvic inflammatory disease, lead to infertility and result in pregnancy complications and infant death. Some STIs also increase the risk of HIV acquisition.

Not all STIs must be reported—and many people remain undiagnosed—so the actual overall burden is substantially higher than these figures indicate. A previous CDC analysis found that in 2018, around one in five people in the U.S. had one of these three STIs, HIV, hepatitis B virus, genital herpes, human papillomavirus (HPV) or trichomoniasis.

While STD rates increased overall, some groups had a greater burden than others.

Gay and bi men were up to 42 times more likely than heterosexual men to be diagnosed with gonorrhea, and they accounted for nearly half of primary and secondary syphilis in 2019. Young people ages 15 to 24 accounted for more than half (55%) of reported STI cases, including 42% of gonorrhea cases and 61% of chlamydia cases.

Black people were five to eight times more likely; American Indians, Alaska Natives and Pacific Islanders were three to five times more likely; and Latinos were up to twice as likely as non-Hispanic white people to be diagnosed with STDs in 2019, according to the CDC.

As the report explains, these disparities likely are not attributable to differences in sexual behavior across ages and racial/ethnic groups but rather reflect differential access to quality sexual health care and differences in sexual network characteristics. For example, in communities with a higher STI prevalence, there is a greater chance that a person will encounter a sexual partner who carries an STI.

“Focusing on hard-hit populations is critical to reducing disparities,” said Jo Valentine, MSW, associate director of the Office of Health Equity in CDC’s Division of STD Prevention. “To effectively reduce these disparities, the social, cultural and economic conditions that make it more difficult for some populations to stay healthy must be addressed. These include poverty, unstable housing, drug use, lack of medical insurance or [a] regular medical provider and high burden of STDs in some communities.”

During the COVID-19 crisis, many people may have had less sex while taking precautions to avoid contracting the coronavirus. But at the same time, medical services, including STI and HIV screening, treatment and partner services, have been curtailed, which could push rates higher. In fact, the reduction in STI services preceded the pandemic. According to a recent report from the National Academy of Sciences, Engineering, and Medicine, COVID-19 “has exposed weaknesses in public health preparedness due to weak infrastructure, an under-capacitated and under-resourced workforce and limited surge capacity.” Preliminary data suggest that many of these concerning trends continued in 2020.

Although many sexual health clinics have reopened, COVID-19 led to a shift to telehealth that may continue beyond the pandemic. TakeMeHome, for example, offers home delivery of free test kits for chlamydia, gonorrhea, syphilis and HIV. Swabs are used to collect throat and rectal samples, and blood samples are collected from a finger stick. The HIV test provides results in 20 minutes. Other samples are mailed to a lab for analysis, and results can be viewed online. Visit TakeMeHome.org for more information in English and Spanish.

In addition to telehealth, the CDC has also identified other strategies to provide greater access to STI services, including “STD express clinics” that provide walk-in testing and treatment without a full clinical exam and partnering with pharmacies and retail health clinics. The new data also highlight the need for comprehensive sex education in schools.

“STDs will not wait for the pandemic to end, so we must rise to the challenge now,” Romaguera said. “These new data should create a sense of urgency and mobilize the resources needed, so that future reports can tell a different story.”