The State of Louisiana 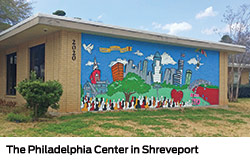 First the (really) bad news: Under the Affordable Care Act, a.k.a. Obamacare, if states expand their Medicaid coverage to include residents earning up to 133 percent of poverty level, then the federal government will pay for that coverage for three years. Nearly 20 states, including Louisiana, opted not to take up the offer. The average eligibility for parents to get Medicaid in these states is 47 percent of the poverty level (federal poverty level in 2014 for a single adult is $11,670; for a household of four, it’s $23,850). This creates a coverage gap because lots of folks can’t afford insurance and don’t qualify for subsidies. When low-income HIV-positive people in Louisiana tried to use their Ryan White funds to purchase health care, Blue Cross Blue Shield and two other insurers refused to accept the third-party federal payments—that is until Lambda Legal, an LGBT/HIV advocacy group, brought the matter to court. As of now, such payments will be accepted until November. Adding insult to injury, Governor Bobby Jindal has been privatizing a charity hospital system, operated by the state university, that traditionally provided care for the poor.

Now the good news: At least one prominent AIDS service organization is raising hell to fight these injustices. The Philadelphia Center—named after the biblical reference to brotherly love—in Shreveport serves the northwestern parish of Louisiana. It has always offered traditional social services such as prevention, testing, housing, transportation and advocacy (HIV criminalization is currently a hot issue for them), but the ASO recently partnered with the Martin Luther King Health Center, a system of free care clinics, to open the part-time HIV Specialty Clinic for those without insurance. “This was a smart way for us to branch out and expand into primary medical care,” says Philadelphia Center’s executive director Brett Malone. Despite the state and federal cuts, he adds, The Philadelphia Center has expanded all of its programs and doubled the budget from five years ago. How? By aggressively pursuing other revenue streams, such as city funds and private grants from larger foundations. “Please don’t judge us by our governor,” Malone says. “We in Louisiana are not as ass-backwards as most people think. The metropolitan areas are progressive—and we are quite the hell-raisers!”