AIDS documentary How to Survive a Plague might return as an ABC miniseries.

Although nominated, How to Survive a Plague didn’t take home an Oscar this year, but an Emmy might be in its future. ABC Studios bought rights to the film, according to The Hollywood Reporter, with the possibility of expanding it into a miniseries. Cowritten and directed by David France, the doc recounts how activists in ACT UP and the Treatment Action Group (TAG) fought for HIV meds and research, leading to today’s lifesaving antiretrovirals. France, who was drawn to ABC because of its historical 1977 miniseries Roots, says an expanded Plague would delve into the larger civil rights movements associated with AIDS. We nominate Ryan Gosling to play activist Peter Staley! 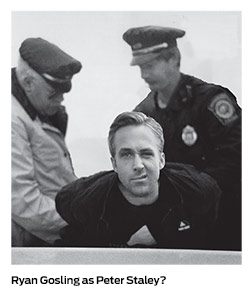