What a difference a year makes. The Prevention Access Campaign had been touting the benefits of full suppression of HIV via antiretrovirals through its “Undetectable = Untransmittable” consensus statement since early 2016. But the statement and the “U=U” campaign really picked up momentum after July 2016. That’s when the published final results of two key studies revealed zero HIV transmissions among more than a thousand couples of mixed HIV status who engaged in tens of thousands of acts of condomless sex.

Flash-forward to July 2017 when yet another study, Opposites Attract, found no HIV transmissions between serodiscordant couples when the partner with HIV had an undetectable viral load. Then, in the fall, the Centers for Disease Control and Prevention, the nation’s health protection agency, got on board, declaring that the risk of transmitting HIV with an undetectable viral load is effectively zero. U=U is now a matter of scientific fact, and the word is spreading further every day via social media, webinars and grassroots campaigns. Here’s hoping that the good news in 2018 is that the 51 percent of U.S. residents with HIV who do not have an undetectable viral load get access to treatment and stay retained in care. 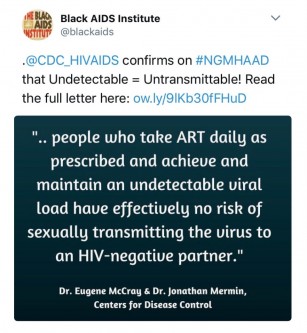 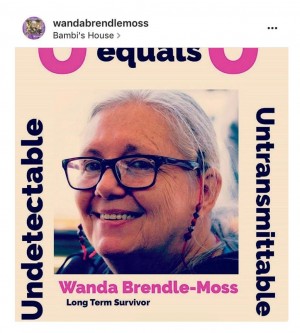 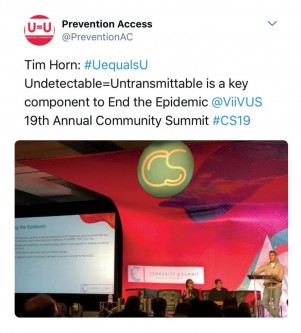 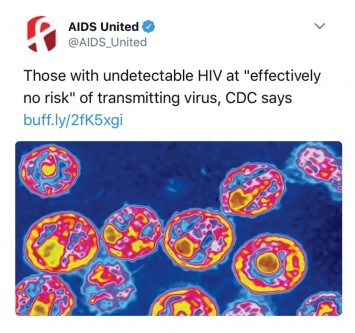 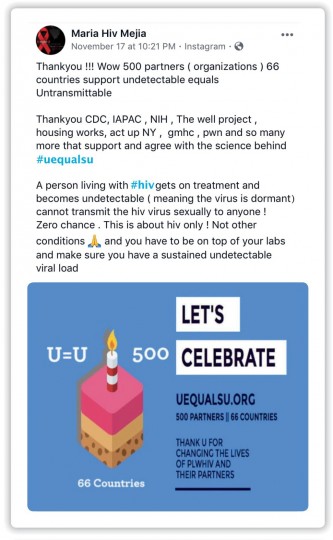 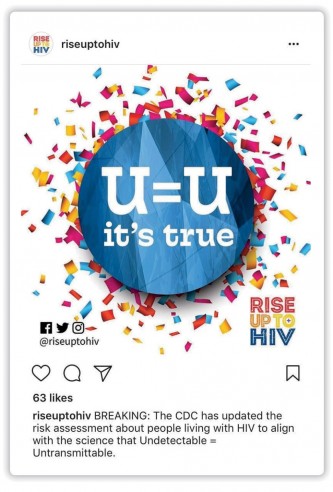