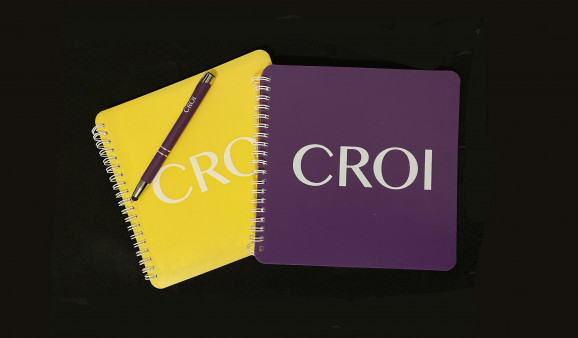 UPDATE: On Friday morning, conference organizers decided that due to increasing public health concerns and travel restrictions, the in-person meeting will indeed be cancelled. So I’m not flying to Boston tomorrow, but we’ll still be providing extensive coverage of the virtual meeting.

Despite the rapidly spreading coronavirus outbreak in the United States, the 2020 Conference on Retroviruses and Opportunistic Infections (CROI) will go forward as planned next week in Boston. The conference, which has taken place annually since the early 1990s, is a premier venue for disseminating the latest HIV treatment and prevention research.

This year, the organizers have added a special session about the latest global health threat—COVID-19, the respiratory illness cause by the novel SARS-CoV-2 coronavirus. Although the organizers and leaders in the field debated whether to cancel the in-person meeting, they decided to proceed with increased precautions. John Brooks, MD, from the Centers for Disease Control and Prevention, and Anthony Fauci, MD, director of the National Institute of Allergy and Infectious Diseases, are listed in the preliminary program, so here’s hoping they won’t be muzzled by the Trump administration.

News about experimental therapies for HIV has been scarce in recent years, now that approved antiretrovirals are so effective, convenient and generally well tolerated. But there are a few new treatments in the pipeline.

Researchers will present new data about ViiV Healthcare’s long-acting injectable regimen Cabenuva (cabotegravir/rilpivirine). Once-monthly dosing was found to be highly effective both for people new to treatment and those switching regimens. Although the monthly regimen was expected to get the nod in December, the Food and Drug Administration delayed its approval, reportedly due to chemistry and manufacturing concerns. The research to be presented on Monday looks at every-other month dosing, which would make the regimen even more convenient.

Several sessions will look at strategies for an HIV cure, or as most experts now prefer, long-term remission. One exciting piece of news is that the “London Patient”—a man who received a stem cell transplant to treat lymphoma from a donor with naturally HIV-resistant cells—remains free of HIV. At last year’s CROI, Ravindra Gupta, of University College London, reported that the man stopped antiretroviral treatment 16 months after the transplant and still had no detectable HIV 18 months after that. On Tuesday, Gupta is expected to report that the man is still in remission a year later. Another presentation promises news about sustained remission in a four-year-old child who started HIV treatment during their first year.

Other cure approaches to be discussed at the meeting include long-acting antibodies, the toll-like receptor 7 agonist vesatolimod (formerly GS-9620), PD-1 checkpoint inhibitors and CAR-T therapy, the latter two of which are also used as immunotherapy for cancer.

In the era of effective antiretroviral therapy, people are living longer with HIV and facing diseases associated with aging, including heart disease, cancer and cognitive impairment. In fact, the title of Sunday’s Martin Delaney Panel, named after the late AIDS treatment activist and Project Inform founder, is entitled “Shifting From Acute to Chronic: Aging, Longevity, and Lived Experience.”

The conference program includes multiple interesting presentations on cardiovascular disease, including one on the link between insomnia and heart attacks. Plus, researchers will report on several studies looking at weight gain among people taking modern antiretrovirals, especially integrase inhibitors, which could contribute to cardiovascular risk.

In other liver news, we’ll hear about predictors of liver damage in HIV-positive people with non-alcoholic fatty liver disease (NAFLD). Hepatitis C has been a major topic at CROI in recent years. Now that well-tolerated direct-acting antivirals can cure almost everyone in eight to 12 weeks, the emphasis has shifted to eliminating hep C as a public health concern, focusing on key groups including people who inject drugs, gay and bi men and pregnant women. Plus, a symposium on Tuesday will discuss progress in efforts to cure hepatitis B.

Turning to HIV prevention, researchers will report on new biomedical approaches being studied in monkeys. Currently approved pre-exposure prophylaxis (PrEP) options will get plenty of attention, too, including a report on reasons for less-than-optimal PrEP use among gay and bi men, longer-term data from a large clinical trial of Descovy (tenofovir alafenamide/emtricitabine) versus Truvada (tenofovir disoproxil fumarate/emtricitabine) for PrEP, and another look at the comparative benefits and drawbacks of these two PrEP options.

On Tuesday evening, there will be a special session and media roundtable about the disappointing results from the HVTN 702, or Uhambo, HIV vaccine trial. As POZ reported last month, this late-stage trial was halted after interim data showed that an experimental vaccine regimen demonstrated no efficacy in prevention HIV acquisition. Hopefully, study leaders will be able to shed more light on what went wrong.

Focusing on key affected populations, pioneering harm reduction researcher Steffanie Strathdee, PhD, or the University of California San Diego, will give a plenary talk on Tuesday about preventing HIV among people who inject drugs. Leandro Antonio Mena, MD, MPH, of the University of Mississippi Medical Center, will discuss battling HIV in the U.S. rural south. And we’ll hear some long-awaited data about HIV prevalence among transgender men.

POZ and our sister publications, Hep and Cancer Health, will feature reports from the conference starting next Monday. In addition, many sessions will be available for viewing after presentation on the CROI webcasts site.