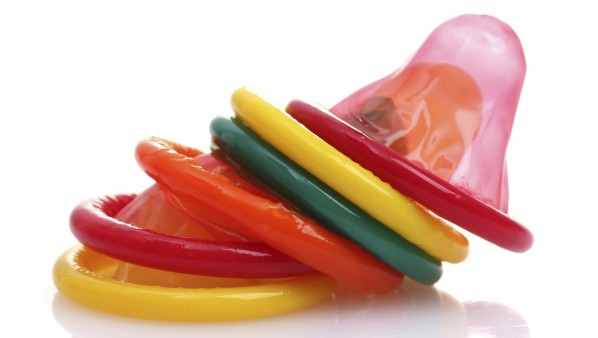 “Our Movement’s Work Is Shifting From Condoms to HIV Care”

Say what? That statement has me wondering why condoms and PrEP can’t get along, especially as sexually transmitted infections spike.

“Getting to Zero” is an ambitious campaign under way in San Francisco to eliminate new HIV infections by 2020. The plan includes increasing the use of PrEP (pre-exposure prophylaxis, a daily pill to prevent getting HIV) along with identifying people who have HIV early and getting them into treatment.

Launched in 2013, Getting to Zero by 2020 would be a bold outcome after four decades of HIV/AIDS—especially as we face severe reductions in funding. San Francisco’s comprehensive plan is indeed bold but with a realistic approach.

Along with increased use of PrEP, other objectives include improving health literacy, tracking HIV-associated stigma, and continuing condom use. So far, so good. We’ve had one of the highest HIV-positive populations in the country, but San Francisco is seeing a drop in new cases.

Kawata wrote: The HIV community needs to own the challenge that PrEP may decrease condom usage and potentially increase STDs.

PrEP, without a condom, may prevent HIV. However, only condoms will protect people from STIs. Even the maker of Truvada as PrEP, Gilead Sciences, encourages condom use with its drug. And for good reason.

California, like many states across the country, is witnessing a spike in STIs. In fact, California’s STI rate is the highest it has been in 25 years. That’s not all. Health officials are alarmed about drug-resistant gonorrhea, which is more prevalent among gay and bi men. Left untreated, STIs cause serious medical issues including cancer. Some can’t even be treated at all.

A recent eblast from National Minority AIDS Council (NMAC) leader Paul Kawata left me grasping for answers. The eblast was distributed to promote registration for the Biomedical HIV Prevention Summit, which takes place December 4 and 5.

Kawata wrote, “Our movement’s work is shifting from condoms to HIV Care…” and “The HIV community needs to own the challenge that PrEP may decrease condom usage and potentially increase STDs.”

Wait! My work in the movement has always included HIV care and condoms, along with many other tools. We are dealing with people’s health. This is not a multiple-choice test with only one correct answer, Mr. Kawata.

Young adults between ages of 18 and 24 and communities of color remain the groups most highly impacted by HIV, and they’re also at great risk for STIs. PrEP is expensive. Insurance in these populations is questionable. A 7-cent condom could be the best resource available.

PrEP is another important tool in the toolbox, but doesn’t replace what’s been working all of these decades— condoms, education and prevention. San Francisco is a shining example. We can’t afford to gamble with trading one public health crisis for another. It’s not fair to anyone, especially our young people— a key community highly impacted by HIV.