NAPWA at a Crossroads: What’s Next? 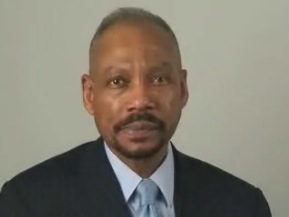 NAPWA, the National Association of People With AIDS, announced today that their President and CEO, Frank Oldham, is resigning effective at the end of the year.

This is important news, because it brings NAPWA to a critical juncture.  NAPWA is an organization that has been struggling for many years; this change in leadership presents an opportunity to start fresh.  I’ve been critical of NAPWA in recent years, even as I admire and respect the dedication and passion of staff and board members.

Frank Oldham, in particular, is someone I have known and liked for more than 25 years; he is part of a generation of AIDS activists whose lives were hijacked by the epidemic.  He didn’t ask for this career.  Like so many others, when his community needed him, he answered the call, giving everything he could to improve the lives of people with HIV.  He deserves our gratitude and respect.  I hope he will continue to make his immeasurable experience and vast network available to the AIDS movement for many years to come.
But appreciation for Frank and other dedicated NAPWA staff and board members aside, we have to be clear-eyed when evaluating where we are.  The sad truth is that NAPWA, the most prominent national voice of people with HIV in the U.S., after nearly 30 years since its founding, lacks the breadth and depth of community support necessary to be the powerful player in national HIV/AIDS policy-making we need.

Stating that so bluntly may hurt some feelings, but it is the truth and one for which all of us who view ourselves as AIDS activists, myself included, must take some responsibility.  It is way past time for us to retool our movement to meet the realities we face today.

Stigma is now worse than ever before, people with HIV are getting pushed further and further to the margins, we’re being further criminalized--Canada’s horrible Supreme Court ruling last week was one example--and increasingly viewed primarily or solely through our potential to infect others.

We’ve been largely abandoned by the LGBT community that once was our staunchest ally and the backbone of our fundraising. The public’s sympathy for people with HIV has dissipated as the disease has melded into the complicated and difficult morass of racism, homophobia, sexism and class politics that so much of society studiously ignores or denies.

The media’s coverage of AIDS issues these days seems limited to the business section--we’re still of massive interest to investors and drug companies--or to when we are fodder for lurid headlines, like when we’re getting arrested on criminalization charges and labeled predators or “AIDS monsters”.

It is not a good time for people with HIV and there is little reason to think the near future is going to be any different, unless we go about our advocacy in a different way.

NAPWA was born out of the grassroots empowerment movement launched by the writing of the Denver Principles, in the summer of 1983.  Those who founded the organization had an amazing vision--one few others shared at the time--and the guts and tenacity to pursue it, even as most of them were sick and dying themselves.

Since its founding, and even in recent years, NAPWA has had some important successes and helped nurture and highlight some of our movement’s most inspiring leaders.  But NAPWA has never fully realized its potential in large part, in my view, because its initial business model was flawed. The original concept was that NAPWA would be funded by private AIDS philanthropic efforts that had begun to surface in 1983, as well as individual membership donations.

The National Gay and Lesbian Task Force and other growing national LGBT organizations were the model some referenced at the time, but for reasons that are no one’s fault, that didn’t happen, at least not in a sustainable way.

Instead, NAPWA has struggled financially since the beginning, almost without pause, and in recent years has relied disproportionately on federal contracts and support from pharmaceutical and medical device companies whose funding comes with strings (explicit or implicit).  That’s why NAPWA’s most visible programs are National HIV Testing Day and “AIDS awareness” activities designed to encourage people to get tested, rather than programs to empower those who know we already have the virus.

NAPWA’s never had a significant enough independent revenue stream to let it find its own way; instead it is like a bobble-head doll, swiveling from side to side towards whatever direction might generate the next check to keep the lights on.  That’s an awful way to try and build a movement and an almost impossible way for an executive director, no matter how talented or dedicated, to run an organization.

I hope NAPWA’s board of directors will use this moment as an opportunity to take a step back, rethink the organization’s purpose, structure, strategy and business model, as well as pursue a transparent and professional search for new leadership.  Both are necessary.  This is not the time to cut a deal behind closed doors; it is the time to reach out to the community and cast a wide net for new ideas, new resources and new people.

I hope that you’ll announce a search process that will engage objective outside professional help and include an analysis and review of the purpose, structure and strategy of the organization, not just its management.

There is amazing talent in our movement and there are a lot of people who would be interested in a prestigious job in Washington that pays over $100,000 a year.  But the very best can’t be recruited without a strategic and business plan that gives the organization a chance to succeed, rather than just to survive. 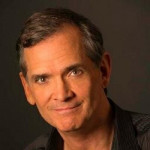