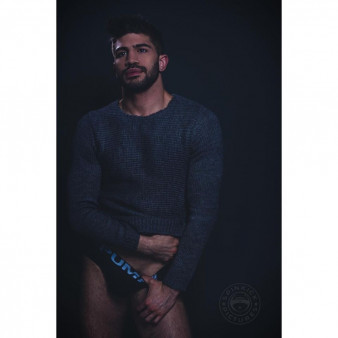 Ringing in the New Year with Old Behavior

Then I remind myself: Esteemable acts build self-esteem.

I’m on an airplane, Delta flight 2937, on my way to visit my family for Christmas like the people surrounding me. I see families and friends and couples, and immediately it makes me feel lonely. I’ll be with my family soon, so that’ll change, but I also started dating someone recently and though it’s nothing serious yet, he’s a great guy and I like him.

I forgot my adaptor for my Apple headphones, so I’m patiently awaiting the forgetful flight attendant’s return with headphones so I can watch something fun that I didn’t get to see in theaters— just as long as it’s not the live-action Lion King, which was terrible for the most part. I was thinking Bumblebee, but that received horrible ratings. So my fingers tap away between this and a script I’ve decided to finally write for a dream project that may not go anywhere, but I have a good feeling. I last left you guys with me visiting my family in Arkansas for Christmas 2016, and the rest of that trip went well, but after the holidays you have to get back to reality.

I returned to New York City that year for an unexpectedly beautiful end to 2016. It was like my heart beat in a more even pace because I felt like a part of myself healed and relationships with my family improved.

I returned to work at the job at Equinox and was excited to see Jaime. We had gotten closer and closer since we started hanging out in the summertime. We weren’t boyfriends, but we may as well have been. It was scary for me to not have a clear label to put on our relationship—I think I wanted  a sense of security because there was still something missing in me. I did put my best foot forward and tried to go with the flow and enjoy our time together.

It was nice to be back into the groove just before New Year’s Eve, working out and working hard. I had my side gigs as a shot boy at Therapy Bar and Lounge, a very trendy, two-story gay bar in Hell’s Kitchen. I absolutely loved doing it. I could walk around in scandalous outfits, flirt and make money.

Jaime and I had a sleepover or two, and we seemed to be on a really great path before my nerves and uncertainty got in the way just after New Year’s. I was always nervous that aspects of my life wouldn’t work out the way I wanted, and over the years I’ve learned to meditate to shut off that voice in my brain, but sometimes it gets the best of me. The overactive mind is why I used drugs in the first place.

Jaime and I were fine until I pushed him away emotionally one night when he came to visit me at Therapy Bar. He always showed me and told me how he felt about me; he said he really liked me and that there was no rush because we were enjoying each other. But that wasn’t good enough for me.

I remember the chill in the air as we spoke outside the bar. He was happy to see me but was then completely caught off guard by my unjustified jealousy that had been aroused from a comment he left on someone’s Facebook picture and that had sent my mind spiraling. I started attacking him with such anger and pain—and for no reason. I thought he didn’t want to be with me because it wasn’t on my timeline. I was demanding commitment as I felt the need to control things.

I remember feeling regret as I watched him walk away. It wasn’t the outcome I wanted, but my mind had been playing tricks on me and making up scenarios in my head that didn’t exist.

Patience is something I’ve had to learn to acquire—it definitely takes practice. Jaime was a good guy, and he told me what he wanted. He was slowly getting closer and closer to me and making me a bigger part of his life. His actions were even louder than his words. I was the guy he was interested in, but I was blinded by insecurity. I was foolish in the moment.

Trauma is common with HIV-positive men, and I didn’t feel sexy or desired no matter how much sex I was having or attention I was getting. Insecurity can ruin relationships—including the one with yourself. I’m stronger today than I was then. I’m now aware of steps I can take to help maintain my self-esteem. I start with prayer and meditation to center myself, but then the simplest tool I’ve learned can be summed up in the phrase, “Esteemable acts build self-esteem.” It refers to the good deeds we do without boasting about them. This includes acts we do for ourselves. I have to remember to do these simple things every day, so I don’t create fictional stories in my head. It’s definitely worth it.