When Robert Gillum tested HIV positive in 1987, he was incarcerated and facing 30 to 60 years in prison. He was only 21 years old.

“I had a swollen lymph node underneath my chin,” says Gillum, now 54 and living in Virginia. “It was unusual because I touched my body a lot and was very in tune with it.”

When Gillum visited a nurse, he wasn’t informed he was being tested for HIV. He had his blood drawn, and two weeks later, he received his diagnosis. As someone who grew up in the Baptist church, Gillum immediately felt comforted by God. He didn’t see himself as a victim and never thought he would die.

Gillum spent only five months in jail. After standing trial, he was acquitted of all charges and resumed life as he’d known it. “Nothing had changed for me,” he recalls. “I was still young and immature. I continued to go back into drug addiction and partying.”

It wasn’t until he stopped using drugs and started working in the HIV field six years later that he transformed his life.

Gillum didn’t start HIV treatment until 1999, when he began taking a protease inhibitor. He refused an early HIV drug he was offered in 1990—despite his mother suggesting he try it. His reasoning was that people who took it got sick. But he remained healthy during those intervening years. He insisted that his doctors look at his CD4 T-cell count without giving him the number and make suggestions about what he should do regarding treatment. He would then make a decision on whether to begin taking medication.

Over the past three years, Gillum has switched between two single-tablet regimens. He believes each of them has caused him to gain weight in different ways.

His doctor can’t confirm or deny whether his current treatment is responsible for the extra pounds. However, the suspected HIV combo contains an integrease inhibitor and tenofovir alafenamide (TAF), which have both been associated with an increase in weight.

“I know my body,” Gillum says. “I know what it’s doing.” Gillum and his new doctor have discussed changing his treatment again, but she wants to monitor his weight for 90 days to see whether anything happens within that window of time.

To lose weight, Gillum does cardio exercises three times a week. He also drinks more water and eats more vegetables and fruits to keep himself healthier overall, especially as someone aging with HIV.

“No one was really studying how long you were going to be living with HIV,” he says. “We weren’t worried about the long-term things, but now we are.”

Gillum is currently in the process of editing his memoir. He hopes to complete it by his birthday next year so he can use it to do more outreach within the HIV community.

“Don’t let HIV define you,” he says. “Live your life. HIV is just another virus. You can live and not allow it to dictate to you what you can be and what you can accomplish. I’ve done a lot of stuff that I never thought would happen when I tested positive in ’87.” 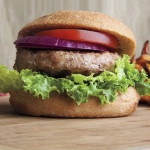 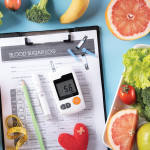 How Can I Manage My Diabetes?