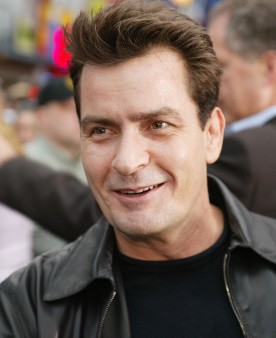 The actor is part of an FDA study on the weekly injectable PRO 140.

Charlie Sheen has updated the world on his HIV treatment, telling The Hollywood Reporter that he experiences no side effects from the experimental injectable PRO 140.

PRO 140 isn’t a bogus experimental treatment (unlike that cure based on goat milk that Sheen traveled to Mexico for). Instead, PRO 140 is a monoclonal antibody manufactured by CytoDyn and currently being studied as a weekly injectable treatment for HIV.

Between stories about baseball and his hit movie Major League, Sheen discussed HIV with The Hollywood Reporter. The actor said he is part of a 24-week study by the Food and Drug Administration. The injectable, Sheen said, “is a global game-changer. There are no side effects. None. It is one shot every week, instead of a handful of toxic pills every day. It is the closet thing to a cure that we could possibly have right now. You can live a completely normal life. You can self-administer.”

Sheen described PRO 140 as the future of HIV treatment. “I am excited as hell to be a part of it,” he said. “I don’t mind talking about that at all because it is going to give a lot of people hope and something to look forward to and really wrap their arms around it.”

In June, Sheen told Matt Lauer on Today about his participation in the PRO 140 study. At the time, Sheen said his viral load was undetectable. That issue wasn’t mentioned in the Hollywood Reporter article.

Also in June, POZ reported on findings from a PRO 140 study involving 28 HIV-positive people who went off their successful antiretroviral pills and instead injected PRO 140 weekly. Of that group, 15 (54 percent) maintained viral suppression 12 weeks into the study.

For more details about PRO 140, read the POZ Drug Page about the treatment here.

And for a closer look at Sheen’s struggles and involvements with HIV treatment, read the POZ exclusive “Is Charlie Sheen Pining After the Wrong Clinical Trial of Long-Acting HIV Meds?”