Welcome to the 4th Annual POZ Awards, which spotlight the best representations of HIV/AIDS in media and culture.

Eligible nominees were active or were presented, published or produced between October 1, 2018, and September 30, 2019.

Be sure to vote for your favorite nominees by the World AIDS Day deadline: Sunday, December 1, 2019.

This documentary chronicling the first AIDS ward at San Francisco General Hospital has already become required viewing, with screenings at events and conferences all over the country. The tears it elicits are well earned, but the film doesn’t begin and end with tragedy alone.  There is such humanity on display here, along with inspiration and, yes, even optimism amid the dying patients and exhausted providers. 5B is urgent, crucial filmmaking and a testament that will stand the test of time.

This Netflix series, better known for its biting exploration of racial politics, introduced a storyline in its third season that had people living with HIV sitting up and taking notice. Newly out gay character Lionel (DeRon Horton) has been doing some exploring of his own. In his case, he has been dipping his toe into the fraught landscape of gay sexual culture. Along the way he meets D’Unte (Griffin Matthews), a young man living with HIV who is undetectable. Through Lionel’s eyes, viewers follow Lionel’s initial apprehension and eventual understanding of what it means to be HIV positive, healthy and no threat to a sexual partner. It’s reassuring to witness—and extremely entertaining to watch.

Ryan Murphy’s triumphant television series is now an official cultural phenomenon, and it got there without sacrificing its commitment to the stories of trans women, several of whom are living with HIV, as they chase their dreams and destinies in 1980s New York City.  If anything, the show has become both deeper and funnier in season 2. A mid-season fantasy scene of Pray Tell (Billy Porter) singing a torch song to a room filled with dying people with AIDS may be the most searing, and memorable, moment on any show this year.

This slapstick, fast-paced digital series follows the adventures of Roz, a Black woman living with HIV. Roz may be poz, but her status is the least of her worries, what with her colorful assortment of friends, lovers and professional ambitions. This first season is audacious and hilarious, as Roz works to regain her “Black girl magic” after her diagnosis. POZ ROZ gets extra points for the nonjudgmental depictions of sex, both gay and straight, and for an air of dangerous joy that creator Carlton Jordan has brought to the project.

Tales of the City (Netflix)

The return of the iconic Armistead Maupin story to the screen has all the melodrama and romantic entanglements we have come to love, but adds a bittersweet nostalgia to the proceedings, as characters age and try to reconcile lifelong challenges and relationships. Michael “Mouse” Tolliver (Murray Barlett) will always hold a special place in our hearts as the character we’ve been crushing on, especially now that he is a long-term survivor of AIDS.

POZ Awards 2019 / Best Actor or Actress in Film or Television 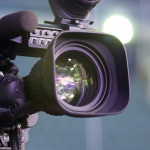