Ward 5B caregiver Rita Rockett visits with a patient. Click to watch a trailer for “5B.” Courtesy of 5B/Ken Kobré

“5B” tells the true story of nurses in the first AIDS ward. After the film, Billy Porter will chat with one of them.

You’re invited to join Pose and Broadway star Billy Porter, who recently disclosed that he has HIV, for a screening of 5B, a documentary about nurses in the nation’s first AIDS ward. (The film won a POZ Award in 2019.) One of the nurses, Alison Moed Paolercio, RN, MS, will join Porter during the free Zoom event for a discussion about the intersection between today’s HIV epidemic, COVID-19 and at-risk communities. 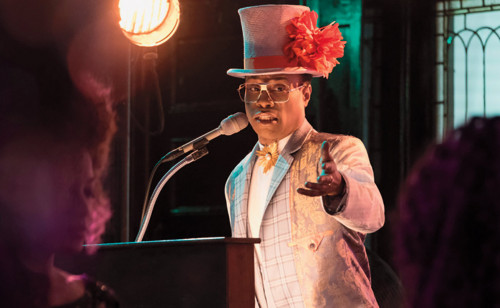 For more details about the documentary, including where the film is screening and streaming, visit 5Bfilm.com. 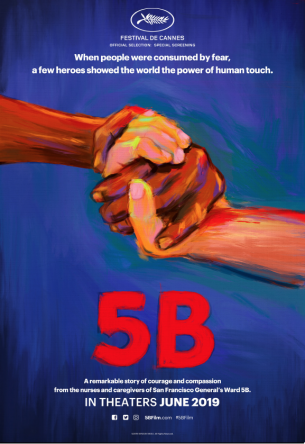 The “5B” movie posterCourtesy of RYOT

The movie won a POZ Award in 2019 for Best in Film or Television, based on votes by POZ readers. It was nominated along with Dear White People, Pose, POZ ROZ and Tales of the City. The ballot described the documentary as:

This documentary chronicling the first AIDS ward at San Francisco General Hospital has already become required viewing, with screenings at events and conferences all over the country. The tears it elicits are well earned, but the film doesn’t begin and end with tragedy alone.  There is such humanity on display here, along with inspiration and, yes, even optimism amid the dying patients and exhausted providers. 5B is urgent, crucial filmmaking and a testament that will stand the test of time.

Read POZ Awards 2019/Winners for a roundup of the other winners as voted by POZ readers. And for the most recent crop of winners, including Best Celebrity Advocate and Best Virtual Fundraiser, see POZ Awards 2020/Winners.

You can watch a trailer for 5B below. For background, read the POZ article on the film “Watch How These Nurses Changed AIDS Care in the Early ’80s [VIDEO].”

The story of the first AIDS ward is especially timely this summer as the nation marks 40 years of HIV and looks back at AIDS history. Specifically, the first report about the condition that came to be known as AIDS was published June 5, 1981, a date that many advocates consider the beginning of the epidemic.

Last month, the Tony-winning actor and singer Billy Porter announced in a Hollywood Reporter exclusive that he has been living with HIV since 2007. The compelling profile included a video (embedded below) in which Porter speaks candidly about his HIV-related experiences as a gay man growing up in the Black church.

Did you know that in 2019, African Americans represented 13% of the U.S. population but 43% of new HIV cases? In the South, they accounted for 52% of HIV diagnoses. You can learn more about HIV among African Americans—and several other minority populations—by visiting the HIV/AIDS Basics on POZ.com and clicking on the “HIV in Specific Populations” section. And check out the information in the write-up for 2021’s National Black HIV/AIDS Awareness Day (#NBHAAD).

And to learn more about the 40th anniversary of HIV, check out these POZ articles: