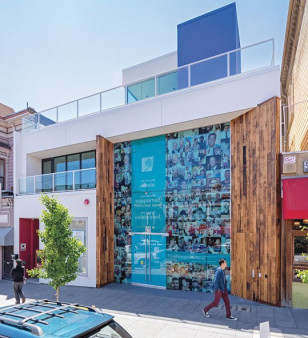 PrEP 2-1-1 Dosing Gets a Big Push From a Popular U.S. Clinic

The San Francisco AIDS Foundation launched a pilot study of PrEP 2-1-1, a non-daily dosing regimen for HIV prevention, according to The Bay Area Reporter. The organization rolled out the new dosing regimen at Strut, its popular health and wellness clinic in the Castro that primarily serves the gay, bi and transgender community.

The 2-1-1 dosing regimen is also known as “on-demand,” “event-driven,” “sex-driven” and “intermittent” PrEP. So far, it has been studied among men who have sex with men (MSM).

It’s geared toward people who are sexually active only on occasion and therefore might not need the daily dose of Truvada as pre-exposure prophylaxis (PrEP) that is currently recommended by the Food and Drug Administration (FDA).

Specifically, the 2-1-1 dosing requires you to do the following: take two tablets of Truvada (a double dose) at least two hours before you anticipate having sex, but preferably 24 hours beforehand. If sex does happen, take another pill 24 hours and then 48 hours after the double dose.

“We think it’s going to bring a whole lot of people to PrEP who previously did not feel like PrEP was for them,” said Chris Hall, MD, vice president of medical affairs at the San Francisco AIDS Foundation, as reported in the newspaper.

Data from the study will be provided to the FDA in hopes that it will approve the 2-1-1 dosing.

The newspaper also reports that the San Francisco Department of Health has sent out at least two advisories in recent months to HIV care providers regarding PrEP 2-1-1 and PrEP. The health department stated that daily PrEP remains its first-line recommendation but that PrEP 2-1-1 should be considered for MSM who are ambivalent about taking daily PrEP.

The advisory stressed that PrEP 2-1-1 has not been studied in cisgender women, cisgender men who have sex with women, transgender men and women, or people who inject drugs.

The intermittent dosing regimen has been endorsed by health officials in Australia, Canada, France and the United Kingdom, according to The Bay Area Reporter, and the International AIDS Society–USA has endorsed it as well.

In related news, Strut recently celebrated its third birthday. For more in POZ about its launch, click here. To learn about its many programs, visit strutsf.org.

To learn more about PrEP 2-1-1, check out the POZ articles “No New HIV Infections in New French Study of On-Demand PrEP” and “Why Do Gay and Bi Men Prefer On-Demand vs. Daily PrEP?” You can learn the basics of HIV prevention, including PrEP and PEP, here.