Excellent coverage by The New York Times versus a misstep by CBS.

Props to journalist Linda Villarosa for bringing mainstream media attention to HIV among gay and bisexual Black men in the South. Her recent article for The New York Times, “America’s Hidden HV Epidemic,” takes readers down South where, unknown to many non-POZ readers, HIV remains a dire crisis and progress is slow to come 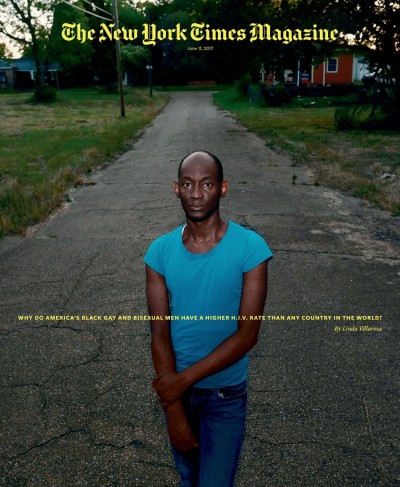 Citing the U.S. Centers for Disease Control and Prevention, Villarosa points out that if current HIV rates among Black gay and bisexual men persist, one in two Black gay men will be infected with HIV. That’s nearly double the rate of infection in the African country of Swaziland, which has the highest rate in the world, at 28.8 percent. And the South, which accounts for 54 percent of all new HIV diagnoses in the United States, has the unfortunate distinction of containing 21 of the 25 metropolitan areas with the highest HIV prevalence among gay and bisexual men.

The problem? Well, a large part of it is lack of resources. Villarosa explains:

“For nearly two decades, the United States has focused money and attention on the HIV/AIDS epidemic elsewhere… While buckets of money went overseas [to Africa via the George W. Bush–established PEPFAR, The President’s Emergency Plan for AIDS Relief] domestic funding for HIV/AIDS remained flat, and efforts to fight the diseases here were reduced to a poorly coordinated patchwork affair.”

Although, as Villarosa points out, in 2010, with its National HIV/AIDS Strategy, the Obama administration took steps to “follow the epidemic” and allocate resources to key populations, including Black men and women, gay and bisexual men, and people living in the South, the “patchwork” strategy for combating HIV in the region prevails.

Mississippi-based Cedric Sturdevant, whose work Villarosa closely details in her article, is a vital part of that patchwork. An HIV-positive project coordinator at the AIDS service organization My Brother’s Keeper, Sturdevant (who was featured in the January/February 2017 POZ cover story, “Southern Exposure”) guides Villarosa through rural Mississippi as he delivers medications to young HIV-positive men and drives some of them to and from medical appointments, pharmacies and counseling sessions. As he does, the stories and struggles of young Black gay men like De’Bronski, Jordon and Jermerious—some of whom Sturdevant calls his “sons”—come to life.

In her wide-ranging piece, Villarosa eschews facile explanations of both the causes of and the solutions for the HIV problem. She debunks the myth—perpetuated for more than a decade—of the “down-low” Black man and the associated fable of the promiscuous risk-taking Black gay man as ways of explaining HIV prevalence and points to structural barriers; lack of access to transportation and information about prevention, testing and treatment; and a high community viral load (prevalence) as some of the many reasons HIV in the South in the 2010s looks like HIV everywhere in the 1980s and 1990s. (Sadly, the recent news that the Mississippi State Department of Health will no longer offer free HIV testing and instead will be charging $25 will likely mean fewer people will get diagnosed and treated, causing the already high prevalence to spike even further.)

Villarosa even points to the failure of the CDC’s historic June 5, 1981 Morbidity and Mortality Report to mention a gay Black man among the previously gay white men found to be sick with the then-mysterious disease. (The report’s lead author, Michael Gottlieb, explains that he discovered that particular case after the report on the five white gay men was finalized.)

“Including gay Black men in the literature and understanding of the origins of the disease and its treatment could have meant earlier outreach, more of a voice and a standing in HIV/AIDS advocacy organizations, and access to the cultural and financial power of the LGBT community that would rise up to demand government action. But 35 years of neglect, compounded by poverty and inadequate local health care infrastructure, have left too many Black gay and bisexual men falling through a series of safety nets.”

For their part, folks like Sturdevant will continue to catch in their nets those they can, but when a young man he has just begun to help dies suddenly, Sturdevant is forced to acknowledge:

“I know I can’t be there night and day for everyone. But at this point now, I feel like I can’t lose another young man to this disease.”

Where Villarosa’s Times piece provides a nuanced and broad perspective on HIV and Black gay men, a recent CBS Sunday Morning segment, “36 Years and Counting: AIDS in America,” reported by Rita Braver, represents another misstep by the mainstream media in its HIV coverage. To be fair, Braver’s segment is only 10 minutes long, but considering the show’s reach, more time spent on highlighting progress in the fight against HIV—the concept of treatment as prevention (TasP) is not even mentioned—setting the record straight on why Black gay men see higher rates of HIV infection and spotlighting the second and third generation of activists of color leading the charge against HIV would have been welcome. 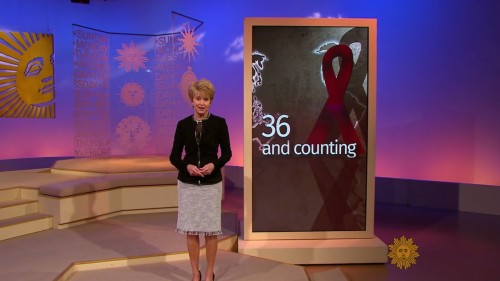 Stating simply that “AIDS prevention and treatment drugs can be expensive” and “that not everyone has access to them” without addressing the current administration’s attack on the Affordable Care Act or the failure of certain states to expand Medicaid leaves viewers with more questions than answers. Furthermore, in its contrast of a young white gay man on PrEP with a young Latino gay man recently diagnosed with HIV, the segment suggests a link between race and personal responsibility, depicting the latter man—to paraphrase ACT UP founder Larry Kramer who is featured in the segment—as someone who has relaxed his sense of responsibility and is having unsafe sex.

Longtime advocate Kenyon Farrow of the Treatment Action Group took the segment and the network to task in an editorial titled “CBS Sunday Morning Uses AIDS Anniversary to Blame and Shame” on the website Rewired, calling the report “a lazy narrative.”

Farrow argues that in featuring Kramer and the predominantly white activists of ACT UP’s early days, CBS and Braver presented gay white men as the epidemic’s heroes while gay men of color are depicted as irresponsible. Stating simply that “the rate of new HIV cases tends to be higher in the African-American and Latino communities” is just not enough. Farrow writes:

“The producers at CBS Sunday Morning could have done a basic Google search to look at what work is actually happening now and the second and third generations of Black and brown activists who are helping to shape new strategies to address HIV as an issue of racial, gender and economic justice, and in some cases, working closely with first-generation AIDS activists who aren’t Larry Kramer.”

“Instead of using [Pedro] Rios’s intelligence, self-assurance, and positive outlook as an example of someone whose HIV diagnosis was not a death sentence or a cause for debilitating shame and self-stigma, CBS uses him seemingly as evidence to support Kramer’s claim of a new generation of irresponsibles.”

Farrow also justly finds fault with the segment’s failure to acknowledge the “truly groundbreaking work” of campaigns such as New York’s “End AIDS 2020” plan as well as public service campaigns that emphasize the importance of knowing one’s status and maintaining an undetectable viral load as a means of reducing transmission risk. Farrow concludes his editorial with a glimmer of the optimism so lacking in the CBS piece:

“Real work is happening, and it doesn’t take much effort to uncover it. All you have to do is care to.”

As evidenced by the fact that Villarosa’s article reached No. 1 on The New York Times, 36 years later, plenty of people care to not only learn more about the HIV epidemic but also (as gleaned from many of the more than 400 comments) learn what can be done to help. However, as both Villarosa and Farrow make clear, when it comes to HIV, it is imperative that we not fall prey to myths, shaming and lazy reporting but hold news outlets accountable in our search for the truth—praising the media when merited and calling it out when needed—and brace ourselves to accept the burden of responsibility that falls on us all when we do hear or read that truth.