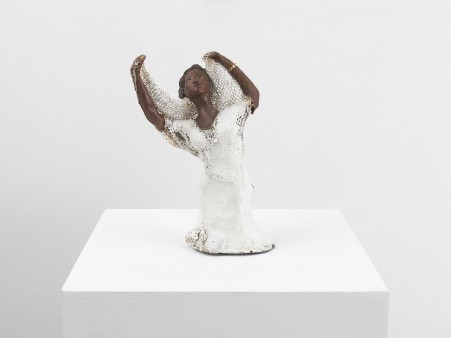 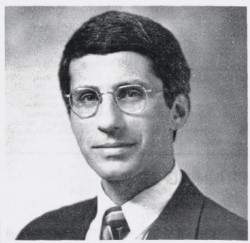 Anthony S. Fauci, MD, is named director of the National Institute of Allergy and Infectious Diseases. (1984)

Advocates and community leaders gather in Atlanta’s Centennial Park for the Keep the Promise on HIV/AIDS March and Rally. Organized by the AIDS Healthcare Foundation, the event is the second of three to call for funding to fight HIV/AIDS in the South. The first took place in Washington, DC, during the XIX International AIDS Conference, and the third will take place in New York City on World AIDS Day. (2012)

In the emotional finale of the TV show Finding Prince Charming, Robert Sepulveda Jr., chooses suitor Eric Leonardos, a 35-year-old hairdresser who is living with HIV and disclosed his status on the show. (2016)

The Health Omnibus Programs Extension (HOPE) Act becomes the first comprehensive federal AIDS bill and establishes the National Commission on AIDS and the Office of AIDS Research at the National Institutes of Health. (1988)

Designer Kenneth Cole—in partnership with MTV’s Staying Alive Foundation and amfAR—launches  a new celebrity campaign titled “Come Together” that reinterprets the iconic red ribbon. The new ribbon features a double loop that symbolizes the coming together of individuals and the doubling of efforts in the fight against HIV/AIDS. (2011)

Gabriel Quinto wins a seat on the El Cerrito City Council and is the first person publicly living with HIV to be elected to public office in California’s Bay Area. (2014)

(RED) and Moleskine launch a new partnership and a campaign called #oneREDday to raise money and awareness in the fight against AIDS. (2014) 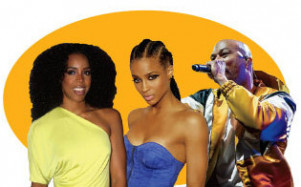 Philip Reed—an openly gay Black man with HIV who was elected to the New York City Council in 1997—dies. He appeared on the March 1998 cover of POZ. (2008)

Precious: Based on the Novel ‘Push’ by Sapphire opens in select theaters. The film follows African-American teenager Claireece “Precious” Jones as she faces hardships such as sexual abuse, illiteracy, poverty, obesity, teen pregnancy and HIV. (2009)

The AIDS Council of New South Wales covers the obelisk in Sydney’s Hyde Park  with a bright-pink condom to raise awareness among the city’s gay men as part of the campaign to end HIV transmission by 2020. (2014) 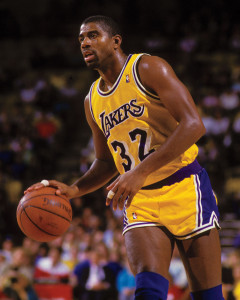 Magic Johnson announces he is HIV positive and is retiring from basketball. (1991)

The U.S. Food and Drug Administration approves the first rapid HIV diagnostic test kit for use in the United States that provides results in as little as 20 minutes. (2002)

The Wall Street Journal reports on the “cure” of the “Berlin Patient.” (2008)

At a private ceremony, Earvin “Magic” Johnson—former NBA superstar and longtime HIV advocate—dedicates the World AIDS Museum and Educational Center to the millions of people affected by the virus. Located near Fort Lauderdale, the museum is expected to open to the public in early 2014. (2013)

In a rare move, President Yoweri Museveni of Uganda gets tested for in public to encourage Ugandans to learn their status. (2013)

The exhibition Safe Sex Bang: The Buzz Bense Safe Sex Poster Collection opens at the Center for Sex and Culture in San Francisco. It consists of over 150 unique safe sex posters from the United States, Germany, the Netherlands, Canada, England, Sweden and Australia. (2013)

Eighteen people—including New York State Senator Tom Duane—are arrested in Manhattan during a protest urging Governor David Paterson to follow through on his promise to improve AIDS housing. The protest was organized by the New York City AIDS Housing Network (NYCAHN) and Voices of Community Activists and Leaders (VOCAL). (2010)

Actress and writer Cookie Mueller, who starred in many of the early films of John Waters, dies of AIDS-related causes at age 40. (1989)

The U.S. Food and Drug Administration approves Egrifta (tesamorelin) for the treatment of HIV-associated lipodystrophy. (2010)

A McDonald’s restaurant in Bentonville, Arkansas, is ordered to pay $103,000 to settle an HIV-related disability discrimination lawsuit filed by the U.S. Equal Employment Opportunity Commission. (2016) 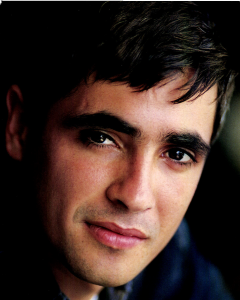 Howard Jacobs, an HIV-positive AIDS activist and advocate for youth, social services and people living with disabilities, dies of liver cancer. He served as chair of the board of the West Hollywood–based AIDS service organization Being Alive. (2009)

Actor Richard Gere is honored with the Marian Anderson Award for his dedication to Tibetan independence and improving care for those living with HIV/AIDS. (2007)

The Ballad of Fred Hersch, a documentary about the jazz musician and long-term survivor, premieres at the DOC NYC film festival. (2016)

The American Medical Association declares that doctors have an ethical obligation to care for people living with AIDS. (1987)

The U.S.-based nonprofit Ubuntu Africa hosts its first fashion show fundraiser to support young people living with HIV in Khayelitsha, South Africa. The organization provides them with comprehensive care and services and empowers them to live healthy and stigma-free lives. (2014)

The World Trade Organization announces the Doha Declaration, which affirms the rights of developing countries to buy or manufacture generic medications. (2001) 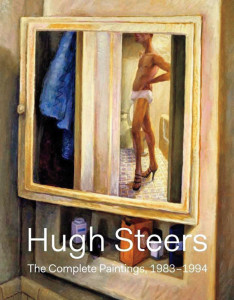 Hugh Steers: The Complete Paintings is published by Visual AIDS. (2015)

Nan Goldin organizes Witnesses: Against Our Vanishing, an exhibition of New York artists responding to the AIDS crisis at Artists Space. (1989)

The U.S. Food and Drug Administration grants accelerated approval for Epivir (lamivudine) for use in combination with AZT (zidovudine) in treating AIDS and HIV infection. (1995) 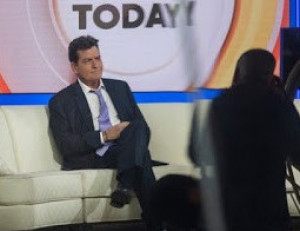 Actor Charlie Sheen announces he is HIV positive in a live interview with Matt Lauer on NBC’s Today show. (2015)

Demetre Daskalakis, MD, MPH, is named director of the Division of HIV/AIDS Prevention in the National Center for HIV/AIDS, Viral Hepatitis, STD, and TB Prevention, which is part of the Centers for Disease Control and Prevention. (2020) 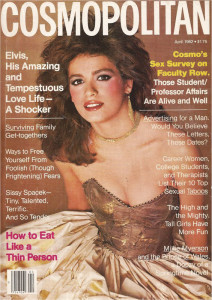 Gia Carangi on the cover of Cosmopolitan

The National AIDS Memorial becomes the permanent caretaker and steward of the AIDS Memorial Quilt, returning it to San Francisco. The Quilt’s archival collection of 200,000 objects, documents, cards and letters are transferred to the American Folklife Center at the Library of Congress. (2019)

The U.S. Food and Drug Administration approves Juluca (dolutegravir/rilpivirine). The HIV treatment regimen from ViiV Healthcare and Janssen contains only two antiretrovirals, instead of the standard three or more drugs. (2013) 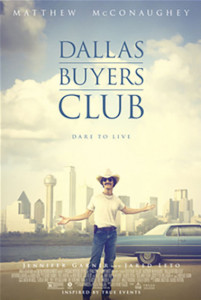 Dallas Buyers Club is released nationwide. The film is based on the true story of Ron Woodroof, an HIV-positive man who smuggled unapproved HIV drugs into the United States to meet the demands of people dying of AIDS-related complications. (2013)

The World Health Organization kicks off the first meeting to assess the global AIDS crisis and to encourage collaboration between the nations affected by the disease. (1983)

The film version of Rent, the award-winning musical about bohemians struggling with life, love and AIDS in New York City’s East Village neighborhood, opens in the United States. (2005)

fierce pussy’s For The Record exhibition for Visual AIDS opens at Printed Matter. (2013) 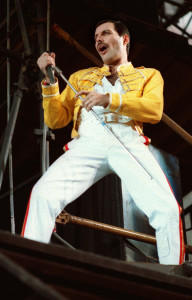 In the Trump Tower Thanksgiving Action, ACT UP protests a lack of housing for people living with AIDS while New York City gives tax breaks to wealthy developers. (1988) 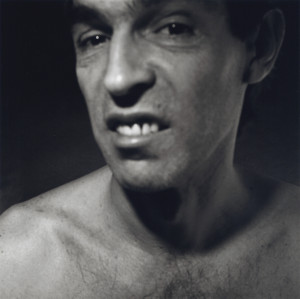 Eight-year-old Eliana Martínez dies of AIDS-related complications in Tampa, Florida. Martínez gained public attention when her mother, Rosa, fought for her to attend school without being restricted in a glass booth. (1989)

Congress enacts the AIDS Housing Opportunity Act to provide resources and incentives to devise long-term comprehensive strategies for meeting the housing needs of people with AIDS. (1990)

Jesse Milan Jr. is named the new president and CEO of AIDS United. (2016)

The Sword of Damocles: Selections from the Archive Project presented by Visual AIDS opens at The Painting Center (2011)

Final published data from the Strategies for Management of Antiretroviral Therapy (SMART) study—one of the largest HIV clinical trials ever conducted—conclude that a specific strategy of interrupting HIV treatment more than doubles the risk of disease progression or death and is associated with a higher risk of serious side effects. (2006)

David Wojnarowicz’s artwork A Fire in My Belly is removed from the Hide/Seek: Difference and Desire in American Portraiture exhibition at the National Portrait Gallery after complaints from the Catholic League. (2010)

Celebrating my whole life, I believe these women represent the past and present coming together in the NOW! Giving God the highest praise, thanking Jesus for saving me. Hallelujah!