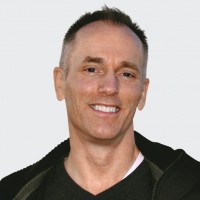 Stephen, an AIDS researcher with a PhD, is the president of Skills4, a health care consulting firm that has launched, improved and sustained HIV prevention and support programs, primarily in disproportionately impacted minority and LGBT communities. In 2008, when he learned that the only HIV program in South Florida by and for gay Latinos was being closed down, Stephen cofounded Latinos Salud, which has three locations serving Wilton Manors, Miami Beach and Kendall. Latinos Salud is a safe space for gay Latinos and their partners that’s staffed with people from all over Latin America. In 2016, Stephen created the group’s new “DiversiSafe” intervention, a customized approach to helping clients protect themselves from or live healthier with HIV. 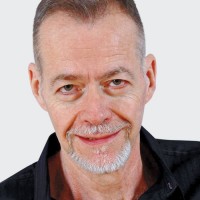 Anyone who has attended David’s workshops and presentations at the Positive Living Conference in Florida or the Southeast Gay Men’s Health Summit knows that this psychotherapist is dedicated to reducing shame and stigma and helping us all live healthier lives. A long-term survivor who has served on numerous HIV groups, David runs a private practice in Wilton Manors. Located in Broward County, which has the second highest rate of new cases in the country (behind Miami-Dade County), David created a program for the Pride Center called “Couples Speak” to teach relationship skills and reduce HIV transmission among couples. Long focused on addictive disorders, he recently penned an immensely helpful recovery book, Lust, Men and Meth, further expanding his reach to those in need. 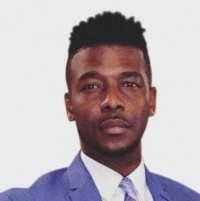 Darnell is a rising star in the New Orleans metropolitan area. Formerly an outreach coordinator at Building Bridges in Mississippi, he now conducts outreach and educational activities about HIV and PrEP for young men of color. He’s currently the coordinator of the STEPS program at Priority Healthcare, where he connects community residents—mostly young black gay and bisexual men—to HIV, holistic health and job services. In addition, Darnell was recently appointed to the New Orleans Regional AIDS Planning Council Board. He also sits on the Young Men of Color Consumer Advisory Board (CAB). CAB serves to reduce health disparities by addressing housing, employment, incarceration and other issues affecting health outcomes in young men. As a man living with HIV, Darnell uses his voice and knowledge to educate the community about stigma and how it can be reduced. Darnell is compassionate, loving, honest and dependable—and he’s dedicated to making a difference. 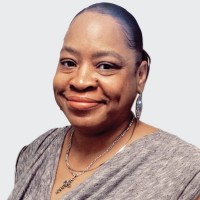 Phyllis, transportation coordinator at AIDS Alabama South, is a “road warrior” who regularly makes trips hundreds of miles away from her hometown of Mobile to pick up HIV-positive people living in the rural South and take them to doctors’ appointments and connect them to vital community services. Over the last year, Phyllis has clocked more than 24,000 miles on her car serving people living with HIV. Often waking up before 4 a.m. to reach her clients and sometimes not returning until long after dark, Phyllis works to make sure vulnerable communities keep up with their HIV care. The front-line health worker serves as a much-needed companion and confidant during the long trips to the clinic, rounding out the important job she’s been doing for the past nine years. 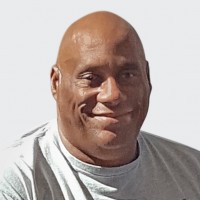 Gregg is a community HIV educator and prevention specialist at Eastern Virginia Medical School. His work involves conducting interviews on behalf of the CDC’s National HIV Behavioral Surveillance project to collect information on HIV-related risk behaviors, HIV testing and the use of HIV prevention services. Gregg previously worked for six years as the coordinator for men who have sex with men at the AIDS service organization Access AIDS Care. He’s also been instrumental in raising awareness in the Norfolk community through his innovative education programs that use music, spoken word and dance, as well as more traditional methods, such as community speakers. The way Gregg sees it, once he’s got their attention, then education, testing and engagement in care are just steps away. 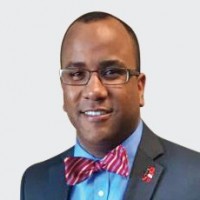 Navigating the health insurance system can be such a headache that it deters folks from getting care. Luckily, clients at RAIN can turn to Jaysen for guidance. As a certified application counselor, he’s a go-to expert on the Affordable Care Act (a.k.a. Obamacare) and helps HIV-positive people enroll in insurance plans. Over the past six years, he’s been an active advocate and served on a number of community boards. He currently serves as the director of finance for the Black Treatment Advocates Network (BTAN) in Charlotte, which has the state’s highest HIV rates. What’s more, as the youth coordinator for RAIN’s Empowering Positive Youth program, Jaysen helps HIV-positive young people overcome stigma, homelessness and other challenges. A compassionate advocate, he leads by example. 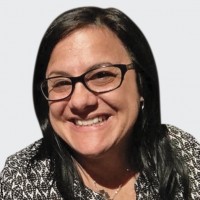 Vicky started working as a case manager at the Tampa AIDS Network in the early 1990s and has been giving back to the HIV community ever since. She’s now the director of client services at Francis House in Tampa, a community-based organization (CBO) committed to providing HIV supportive services and empowering those affected by the virus to become self-sufficient. Recently, CBOs like Francis House have noted record upticks in new HIV diagnoses, and Vicky has been on the front lines combatting these new infections. She regularly speaks out to local news organizations to raise HIV awareness and explain to the general public just how much more work needs to be done. Under Vicky’s watch, the organization serves nearly 700 people living with HIV/AIDS every year. 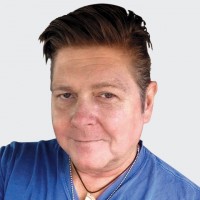 The rural South can be a tough place to learn you have HIV. When Gary got his test results in 1995, his doctor wouldn’t even see him. Luckily, his family offered support, and a new doc got him into a clinical trial in Nashville for one of the first protease inhibitors. After a career in real estate, he began volunteering at Matthew 25 AIDS Services in Henderson, eventually working full time as the director of prevention. He’s been an executive officer of the Southern AIDS Coalition, a psychotherapist for both HIV-positive and HIV-negative people throughout the South, a speaker at regional and national events, a grant writer, a legislative adviser, a counselor and an advocate—all while making the South a better place for people with HIV. 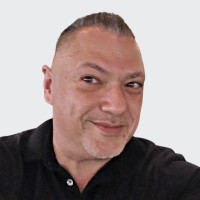 In 1998, Joe founded Houston Area Community Services (HACS), a nonprofit organization that has helped provide affordable quality medical care, behavioral health services and living assistance for people living with chronic conditions, including HIV/AIDS. Almost 20 years ago the organization started out as an informal group of HIV-positive volunteers, with Joe at the helm. Today, the CEO oversees dozens of employees at three locations across the Houston area. Joe is known as a master at grant writing, health care operations and pharmacy management in his community. The long-term survivor has been highly involved with the Houston Area HIV Services Ryan White Planning Council since 1996 and was recently inducted into the Houston American Leadership Forum, which brings together people from across the city to debate and work out policy solutions for issues affecting their communities. He also serves on the board of the Texas Association of Community Health Centers. 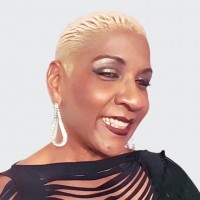 In 1994, Bambi launched what became the South Carolina HIV/AIDS Council (SCHAC). Widely known as “Dr. Bambi” because of her doctorate in public health, she currently serves as the executive director. SCHAC seeks to reduce the spread of HIV/AIDS in the state through prevention, education and advocacy, as well as by improving the quality of life for those living with or affected by the virus. Before SCHAC, Bambi was a health consultant to the state education department, where she championed pregnancy prevention and education on sexually transmitted infections, including HIV. Her support of sex education led to her facing a state legislative subcommittee hearing in 1992 to defend her explicit approach. That experience cemented her choice to be an AIDS advocate. 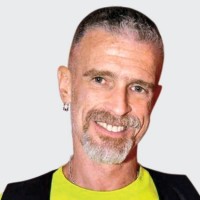 Communication is Jack’s weapon of choice in the fight against HIV stigma. As cofounder of Team Friendly Florida, a chapter of a national HIV awareness group that seeks to fight stigma one friendly conversation at a time, and the minority outreach director for the Positive Champions Speakers Bureau, which organizes presentations by HIV-positive people at schools, businesses, detention facilities and more, Jack educates others by sharing his personal experiences. And as a bilingual man living with HIV, he takes a special interest in the Latino community. In addition to speaking at events tailored to Latinos, he is a member of a panel that advises the Florida Department of Health on effective HIV messaging for Florida’s diverse citizens. 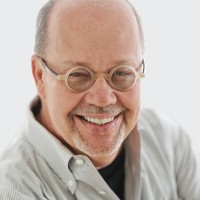 Pat Gordon is a nationally acclaimed artist who has also been a long-time advocate for those living with HIV/AIDS. In the early years of the epidemic, he helped open St. Joseph’s Residence, a hospice for people living with the virus. He also participated in fundraisers and charity events and served on the board of Tulsa CARES. In 2002, he was shocked to learn he was HIV positive; soon afterward, he moved to New York City, where he mostly kept his status a secret because he feared how the news would be received. Pat eventually returned to Oklahoma and after nearly 15 years of living in silence decided to publicly share his status in February at a fundraiser with thousands of attendees. He hopes to reignite the conversation about HIV because he believes no more lives should be lost to AIDS because of ignorance or fear. 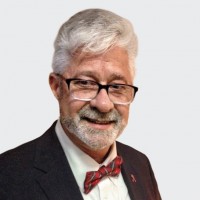 This is the second year in a row that Mark, a long-term survivor, activist and advocate living in the middle of America’s Bible Belt, has been nominated for the POZ 100 list. It’s not always easy to be open about one’s HIV status in the face of Southern stigma, but Mark speaks out regularly at support groups, health fairs and awareness events and in news media across Tennessee to help dispel myths about the virus and show others how different living with HIV is today from the early days of the epidemic. Aside from advocating, Mark volunteers with Chattanooga CARES and his local planning council for HIV care and prevention. He also has a passion for mentoring youth and newly diagnosed individuals in his community. 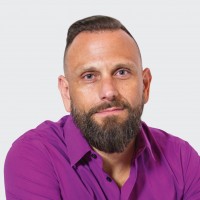 On a Friday night in 2014, Sam got a phone call from a young man who had just tested HIV positive using a home kit. The young man’s mother was distraught, so he asked whether Sam would visit them. Within the hour, Sam had driven to their home in the pouring rain. Sam, who tested positive in 2007, stayed with them for four hours, which made all the difference in the world to the young man and his mother. This is just one of countless examples of Sam’s compassion in action. He’s the HIV patient care representative for the Central Florida AIDS Planning Consortium, and he’s also on staff at the Orlando Immunology Center. He recently spoke at Headdress Ball, the largest HIV fundraiser in Central Florida. 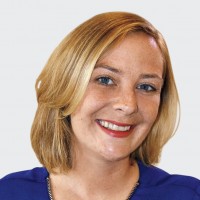 While a senior in college, Chelsea got the unexpected news that she was pregnant—and HIV positive. She immediately started antiretrovirals and later gave birth to an HIV-negative son. The experience transformed her into an advocate. She earned a master’s degree in social work and created Empowering Positive Youth (EPY), now a part of RAIN, where she’s the director of programs. EPY has served nearly 800 teens and young adults with HIV over the past 11 years, helping them transition to adulthood and adult medical care. Nowadays, Chelsea’s tackling another HIV challenge: ensuring that young men of color in North Carolina have access to the HIV prevention pill Truvada as PrEP.