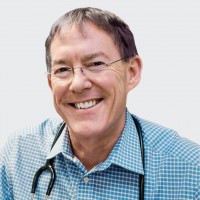 In the past year, Wesley, a physician’s assistant with more than 30 years’ experience in HIV/AIDS, launched his own practice, Ballantyne Family Medicine, with two clinics specializing in care for people living with HIV and transgender people. He works alongside community-based and AIDS service organizations to help provide the services he and his partners can’t, using a model he calls “community collaboration in care.” Wesley seeks to provide a safe place for patients who often face stigma in the health care system. He’s currently on the board of the North Carolina AIDS Alliance Network. Having served as a co-investigator in over 60 clinical trials to help get HIV drugs approved, he now serves on the North Carolina AIDS Drug Assistance Program to help get some of those drugs to people who can’t afford them. 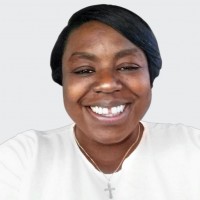 Jennifer is an early intervention specialist at Christ Community Health Services, where her job is to help people who are newly diagnosed connect to care and access HIV treatment. She also helps welcome back those lost to follow-up care on their return visit to the clinics. Jennifer currently works on the front lines in an area recognized by the Ryan White HIV/AIDS Program as one of the hardest-hit regions in today’s epidemic. By linking HIV-positive people to Christ Community Health Services, Jennifer connects them to vital resources, such as food pantries, medical case management, dental care, transportation and pharmaceutical assistance. She also helps administer surveys to clients for integral research being done by area universities and AIDS service organizations to help better combat HIV/AIDS in the South. 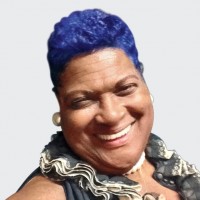 Joyce’s mission in life is to preach and to teach acceptance and awareness. The ordained archbishop, who holds a PhD in theology, is affiliated with the Travelers of Christ Evangelic Interdenominational Ministry and is the founder and executive director of Aspirations, a faith-based HIV/AIDS organization that provides testing, fights for treatment access and against stigma. The organization uses theater to conduct outreach in unexpected or overlooked places, including churches, homeless shelters and centers for abused women and children. Since first becoming an advocate months after her own diagnosis in 2001, Joyce has received commendations from former Louisiana governors Bobby Jindal and Kathleen Blanco, been honored by U.S. Senator Bill Cassidy and expanded her outreach efforts to include hepatitis, for which she was recognized by the Obama administration. 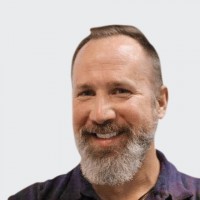 “How to thrive despite HIV.” That’s the message Kevin imparts at a counseling center in Raleigh, where he specializes in mental and behavorial health for those living with HIV and those in the LGBT community. Kevin previously worked at Triad Health Project, where he offered counseling, connected folks to care and ran a weekly support group for HIV-positive men. He’s active in the AIDS Clinical Trials Group, and the North Carolina AIDS Action Network and is the lead author on a CDC-piloted intervention called Safe Spaces that aims to educate, build skills and reduce stigma among HIV-positive minorities. But you don’t have to live in North Carolina to benefit from his insights on topics such as HIV, mindfulness, depression and sexual health; just visit his “Life With a Plus Sign” blog for a dose of his wisdom and warmth. 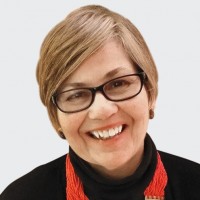 As a chaplain student, Debbie served as a caregiver to people with AIDS, an experience that led her to launch the AIDS service organization RAIN, where she now serves as president and CEO. She not only brought together more than 100 congregations from 20 different denominations and faith traditions in 13 counties in North and South Carolina but also helped RAIN transition to an HIV nonprofit that provides medical case management, PrEP access and other much-needed resources. The recipient of many leadership awards, Debbie has also served on state and local advocacy groups, ensuring that wherever she goes, people with HIV are met with acceptance and respect. 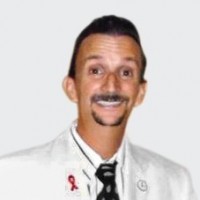 Daniel is an inspirational speaker and HIV advocate whose experiences with rape, addiction and homelessness have only strengthened his resolve to enjoy a full life and share his lived wisdom with others. As someone who has had to avail himself of the resources provided by various HIV/AIDS programs and services, he knows how important it is to keep assistance programs funded, which he does by serving as the chairperson of the Orange County Health Department’s consumer advisory board and as the PLWH (person living with HIV) representative for the Ryan White Planning Council in Orlando, for which he cochairs the resource allocation committee. 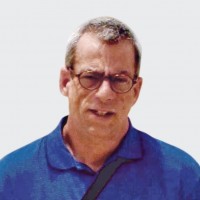 Robin grew up in Mississippi but moved to New York City for about 20 years. He tested HIV positive in 1986 while living in Manhattan. He was a member of ACT UP New York, but after his partner died, he moved back to Mississippi. He became severely depressed after returning home, finding virtually no support for people living with the virus. In response, Robin created A Brave New Day, an agency that addressed those needs, which he led for years. Although the agency has transformed into an online-only community, Robin remains active as a community advocate. He is a board member of the Southern AIDS Coalition and a steering committee member for the Southern HIV/AIDS Strategy Initiative. He’s also the founding producer of Mississippi AIDSWatch. 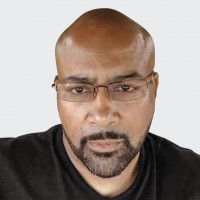 Charles has been working as an HIV/AIDS advocate for more than 12 years. His strength and noble example offer hope for men of color who have sex with men in the San Antonio community. Charles began at the BEAT AIDS Coalition Trust as an outreach worker and tester and then advanced to the role of HIV prevention director; he was recently promoted to business development director. Charles believes viral suppression should be accessible for everyone without regard for education or background and works to link individuals and families to HIV care. 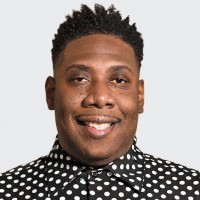 Dallas native Auntjuan (known as “Mr. Community”) has been a part of the fight against HIV/AIDS for over 25 years and is committed to making a difference in the lives of others. Auntjuan is the president and CEO of AIDS Walk South Dallas, an organization he founded in 2009 to empower people living with and affected by HIV/AIDS, notably black men who have sex with men. He has received numerous awards, including a Crystal Hope Award in 2015 from AIDS Interfaith Network. Auntjuan serves as board president of the Ugieki Foundation and a board member of The Afiya Center and C.U.R.E. (Community Unity Respect Education). He’s also a member of the Ryan White Planning Council of North Texas and vice-chair of the Consumer Council Committee and a member of the Dallas Independent School District Health Advisory Board. Auntjuan’s philosophy is “the work isn’t over until there’s a cure.” 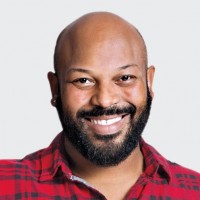 POZ readers will recognize Ashton as the face of our cover story on Black Lives Matter. That cover headline, “Fighting violence and HIV,” says it all. Ashton’s activism dates back to his New Orleans high school days, when he helped establish the Gay/Straight Alliance. “I want to be a catalyst for change,” writes Ashton on his Strength in Numbers (S!N) website and blog, which amplifies the voices of the black LGBT community. He organizes rallies, marches and protests, and as an “activist, politico and atheist” POZ blogger, he writes about the intersection of social justice and HIV. A catalyst for change indeed!