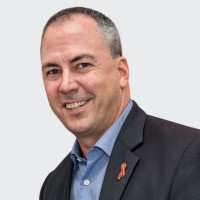 Michael has been a community advocate for most of his life, stretching back to his teens when he was a legislative aide to a New Jersey state senator. He has served in various roles over the years; he was a member of the Broward County HIV Health Services Planning Council, a member of the Florida AIDS Drug Assistance Program Advisory Workgroup, a member of the United States People Living With HIV caucus and legislative director of the Florida GLBT Democratic Caucus. He’s currently the chair of the Broward County Human Rights Board and a member of the Democratic National Committee’s LGBT Advisory Board and the Florida HIV Justice Coalition, which aims to reform Florida’s HIV criminalization law. Most recently, Michael liaised with the presidential campaigns of Hillary Clinton and Donald Trump as part of the Ad Hoc National Coalition to End the AIDS Epidemic, which consisted of leaders in AIDS advocacy. 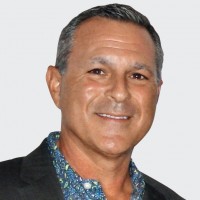 As the executive director of the Campbell Foundation, Ken doles out fast-track grants for scientific endeavors in HIV research, keeping recipients accountable and ensuring that every study is funded from start to finish. Ken’s knowledge comes from more than 20 years in service with the foundation, which—unlike other funding organizations that have the support of big-name celebrities and worldwide recognition—has worked quietly but effectively to help put an end to HIV/AIDS in the South. Recent studies funded by the organization include research into breaking down the blood-brain barrier to attack the viral reservoir, using first-in-class drugs to target viral budding of HIV and developing HIV-1 killer peptides. 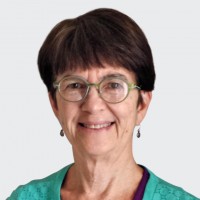 Allison has been practicing law for more than 30 years. She is a professor and the director of the Health Justice Clinic at Duke Law School and works with Duke’s HIV/AIDS policy clinic. In addition to providing pro bono services to clients, she works with the next generation of legal reformers to evaluate the suitability of health care plans under the Affordable Care Act for people with HIV, examine HIV funding disparities throughout the South and educate the community about HIV criminalization. As a member of the North Carolina AIDS Action Network, this year she helped the state gain premium assistance for the AIDS Drug Assistance Program. 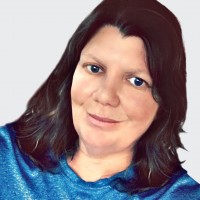 Cathy discovered she was HIV-positive in 1991—seven years after she had been robbed and raped while working at a convenience store. At the time, state laws prevented victims of rape from knowing their attackers’ HIV status. This led Cathy on a crusade to change the state’s laws and protect victims’ rights. She promoted HIV awareness by traveling around Florida sharing her story, speaking at schools, conferences and gatherings. In 2000, Cathy and her husband, Steve Pickett, founded the nonprofit group Friends Together to assist individuals and families living with HIV by offering regular HIV-related services, such as trainings, workshops and family camps. While Cathy has traveled the world advocating on behalf of those living with HIV/AIDS, the majority of her work has been in the South. She continues to be a voice for better HIV education and fair funding for the region. 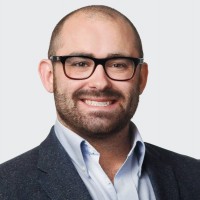 Steven is the founder and executive director of The Change Project. The Southern LGBTQ arts advocacy and storytelling nonprofit started out as a way of raising the visibility of LGBTQ people and advocating for their improved quality of life. Then, a strategic partnership with Alex Smith of AIDS Alabama blossomed into the anti-stigma campaign “IAMHIV.” The ongoing viral photo campaign consists of portraits of a spectrum of people—LGBTQ people, veterans, seniors, health care providers and more—who are living with or affected by HIV in the seven Southern states with the highest new infection rates and will soon expand to include others. In 2015, the White House recognized Steven as an LGBT Artist Champion of Change. And this year, the Human Rights Campaign Foundation recognized Steven with a 2016 HIV 360° Fellowship. 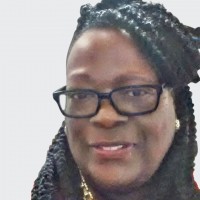 In 1993, Esther, a survivor of substance abuse, mental illness and intimate partner violence, was diagnosed with HIV, which kick-started her advocacy career. Over the last two decades, Esther has built up an impressive résumé in the HIV community, completing more than 30 training programs via the Black AIDS Institute’s African American HIV University, earning her bachelor’s degree in social work and a master’s in human service counseling and executive leadership. She even started her own nonprofit, the Circle of Friends Taskforce, which strives to enhance the quality of life of women, girls and families impacted by HIV/AIDS. Esther works at East Carolina University’s Infectious Disease Clinic as a social worker, medical case manager and region 10 network coordinator for Ryan White Part B services. In her spare time, she is an advocate, an activist and a motivational speaker who aims to decrease stigma in minority communities and mentor to other HIV-positive women. 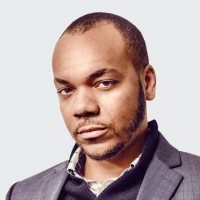 Blake became an advocate as a student at the University of Michigan, where he provided HIV testing at the university’s health center. He then went on to work as a senior epidemiology research associate and peer health navigator on the HPTN 061–Brothers study at the Fenway Institute. He’s now a senior manager of Health Equity at the National Alliance of State & Territorial AIDS Directors (NASTAD). In this position, he provides direct and peer-to-peer technical assistance to state health departments on issues related to black and Latino men who have sex with men, plus youth and women. Blake sits on the HIV Prevention Trials Black Caucus and is pursuing a master’s of public health in epidemiology at George Washington University. We can’t wait to see what this former chair of the Young Black Gay Men’s Leadership Initiative will do next. 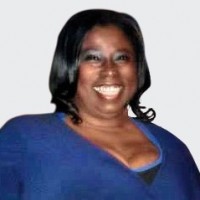 Evelyn is a long-term survivor and a member of P.O.S.I.T.I.V.E. Voices, South Carolina’s first advocacy group for women living with HIV, and the Positive Women’s Network–USA. Inspired by her faith, she is active in community outreach. Evelyn was one of several women featured in an ad campaign called “Portrait of Growth” to promote adherence to meds and fight stigma. Her guiding principle for life with HIV is: “I don’t live with HIV. HIV lives with me. HIV is my roommate, and I’m in charge.” 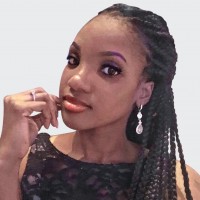 Born with HIV in 1990, Ieshia disclosed her status on a need-to-know basis. But after an ex-girlfriend blabbed her secret to everyone on Twitter in 2015, Ieshia rallied her strength and decided not only to be open about her HIV but also to become a loud and proud advocate. Now a peer counselor at Miracle of Love, she’s a health educator, a motivational speaker and a mentor to others. She blogs for The Well Project’s A Girl Like Me program, and this fall, she spoke as a long-term survivor at the “Speak Up!” Leadership Summit for Women Living With HIV. 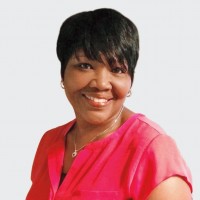 Like many people in the South, Shirley struggled for years with her HIV diagnosis and other health concerns. But with the support of her medical providers, she started to tell her story and in doing so found her voice. The power she felt from speaking up about HIV and changing others’ perceptions of the virus convinced her to major in community health education at the University of Alabama in Birmingham. Shirley is now an office services specialist at the 1917 Clinic, where she began as a volunteer and then worked as an intern. During her internship, she created a workshop to help other HIV-positive people tell their stories. She also began a support group for newly diagnosed clients and hopes to continue to help others find their voice. 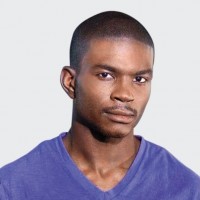 Melvin (a.k.a. Trey) was a 20-year-old student at Grambling State University when he found out he was HIV positive in 2009. Instead of living in the shadows, he decided to disclose his HIV status to the entire student body on campus; the positive feedback he received kick-started his career in advocacy. During his senior year, Melvin left Grambling and moved to Shreveport, Louisiana, to work for The Philadelphia Center, where he conducted one-minute HIV tests and facilitated support groups of HIV-positive men. Shortly after, Melvin moved to Dallas, where he became an ambassador for the Greater Than AIDS “Speak Out Texas” awareness campaign and worked for one of AIDS Healthcare Foundation’s mobile testing units. Melvin is now the facilitator of an HIV-positive support group for Resource Center Fuse called Living in Your Truth. He’s also an activist for the HIV Equal campaign “Unzipped Dallas” and was recently honored as HIV Advocate of the Year by United Black Ellument, a community-based organization in Dallas. 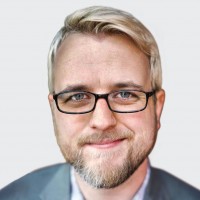 As director of policy and advocacy for AIDS Alabama, Alex fights for change—and at 28, he’s only just getting started. He not only advocates for HIV-positive clients but also oversees efforts to teach them how to communicate with elected officials. Alex also fights stigma, and, with Steven Romeo, he has codirected the anti-stigma campaign “IAMHIV,” which depicts a cross-section of people in the South. And when it comes to changing HIV policy, no opponent is too big for Alex. In September, he filed a federal discrimination complaint along with the Center for Health Law and Policy With Harvard Law School against major insurers who have placed HIV medications in their most expensive tiers in several states, including Alabama. 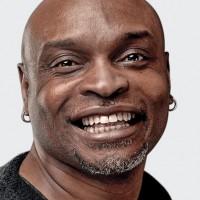 Carlton is the executive director and founding member of The Center for Black Equity–Baltimore (formerly Baltimore Black Pride). His work embodies the 14-year-old group’s slogan: “Improving the lives of black LGBT people.” This includes, of course, advocating for HIV/AIDS issues among black same-gender-loving men. A founding member of the Unity Fellowship Church of Baltimore, he has served on the board of NMAC as well as numerous local, state and federal organizations. Carlton was recently named the chair of the community participatory advisory board at the Johns Hopkins University Center for AIDS Research. The LGBT, African-American and HIV/AIDS communities can take pride in his accomplishments. 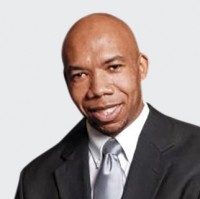 A former NAACP chapter president who reads Martin Luther King Jr. and quotes Cornel West, Savalas sees similarities between the civil rights movement and the struggle of those living with HIV. The ordained Baptist minister leads the HIV Hope Project, which educates pastors and congregants of local churches about HIV in order to eliminate stigma and get people talking so that the disease can be fought head-on. He believes “God is with us, not only sharing our pain, but also lending his love and his strength to help us endure.” As an active member of the North Carolina AIDS Action Network’s Speaking Positively Program, Savalas shares his story with others at events in order to change minds, get people tested and treated, and influence policy across his state. 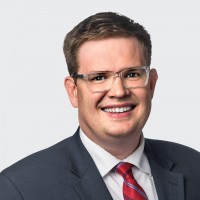 Since 2014, Lee has been the executive director of the North Carolina AIDS Action Network (NCAAN), which seeks to improve the lives of people living withHIV/AIDS through public education, policy advocacy and community building. Before working atNCAAN, he was the managing director of the North Carolina Alliance for Health, a coalition that advocates for policies that promote wellness and reduce the effects of tobacco and obesity. A native ofAsheville, Lee was elected to the Chapel Hill Town Council in 2011 for four years, where he advocated for issues related to social justice and economic development. In 2016, he led a successful campaign for premium assistance through the state’s AIDS Drug Assistance Program (ADAP), which will extend health insurance to thousands of uninsured low-income people living with the virus.