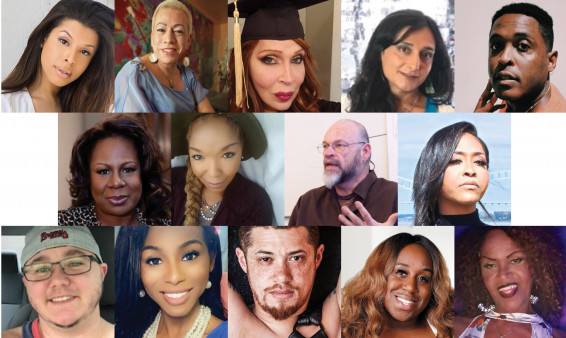 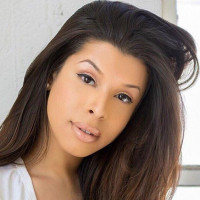 Hailie portrays Lulu Abundance on the FX series Pose. In one memorable episode, in a tribute to a classic ACT UP protest, she spearheads an AIDS activist action by slipping a giant condom over the home of a discriminatory landlord. Much like Lulu, Hailie is obsessed with fashion, music and dance, and as a teen, she was active in the LA house and ballroom scene. “It was a space that allowed me to just be myself,” the actress and singer told Nylon magazine. “And that allowed me to take that authenticity into the world [and be] fearless.” 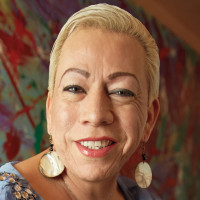 Bamby Salcedo is a well-known HIV activist who has been in the fight for a long time. In 2013, her life and involvement in the ongoing fight for civil rights for trans people were documented in the film Transvisible: Bamby Salcedo’s Story. She’s currently the president and CEO of the TransLatin@ Coalition, an advocacy organization dedicated to addressing the unique and specific challenges and needs of trans Latinas living in the United States. She spent eight years as the health education and HIV prevention services coordinator at Children’s Hospital Los Angeles before devoting herself to advocacy full-time. Seems like we should expect a sequel. 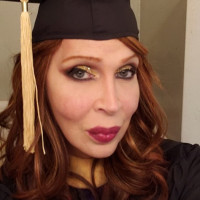 Amirage earned her master’s from the University of Louisville’s Kent School of Social Work earlier this year and currently works as a medical case manager for the Kentucky Care Coordination Program through the University of Louisville School of Medicine’s Division of Infectious Diseases. She previously served on the board of the Kentuckiana AIDS Alliance. In 2015, she was presented with the Ty Williams Award at the Louisville AIDS Walk for her tremendous passion in the fight against AIDS. Her colleagues call her a friend, ally, champion and warrior. 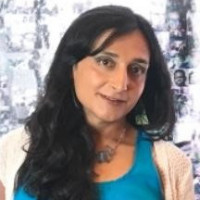 Daniela, who is of Ecuadorean heritage, works for the Latino Commission on AIDS as the capacity-building coordinator for its TransPower NYC program, which helps create sustainability for trans-led organizations. She started as a patient navigator and then became a program coordinator in the Trans Health Clinic at the APICHA health center in New York City. She has worked as a medical care specialist at Community Healthcare Network’s Trans Family Program and is a member of the New York State AIDS Institute’s Advisory Body. 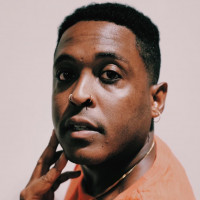 Danez is an award-winning poet, performer and advocate who counts the prestigious Four Quartets Prize and the Forward Prize for Best Collection among their accolades. Their three collections of poetry, [insert] boy (2014), Don’t Call Us Dead (2017) and the upcoming Homie (2020), shine an unsparing light on the realities of life for many queer Black people in modern America. A central facet of Danez’s work is the experience of living with HIV. In 2014, they were diagnosed with HIV, leaving them unsure where to turn and scared for their life. Danez credits the act of writing with helping them come to terms with the diagnosis. Their poems have appeared in The New Yorker, The New York Times and Poetry Magazine. Danez appeared on the June 2019 cover of POZ. 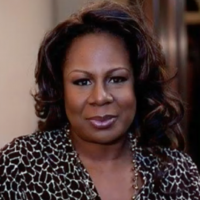 For three decades, Valerie has fought to make HIV prevention and HIV treatment more widely available to trans women like her. She has worked with state and local health departments, community-based organizations, colleges and universities and the federal government to shine a light on the racial and gender disparities that persist in health care. In 2011, the California Legislative LGBT Caucus passed a statewide resolution acknowledging Valerie as a national leader in the movement for LGBT political and social freedoms. She’s currently a behavioral therapist at APAIT in Orange County and will co-facilitate the upcoming Elevate Fellowship, a training program for Southern trans women of color interested in pursuing careers in public health. She’s a holistic life coach, an ordained interfaith minister and the founder of Holistic Empowerment Institute, which uses and develops holistic, person-centered approaches to empower LGBT communities. 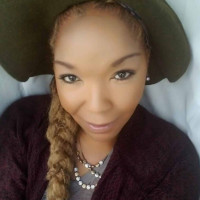 A Texas native, Kiara began her activism with New York City’s Housing Works in the 1990s. In 2017, Kiara was a technical assistance coach for AIDS United’s People Organizing Positively (POP) grantee cohort and was lead faculty when the POP grantees convened in 2018. She was one of the lead facilitators at the 2019 Creating Change conference, where she also presented the daylong institute “Pathways to Leadership Development in Latinx and African-American Communities Impacted by HIV.” Kiara is the cofounder and executive director of the trans-led New York Transgender Advocacy Group and was instrumental in the passage of New York State’s Gender Expression Non-Discrimination Act (GENDA), which became law in 2019. She loves reading historical religious literature and is a big fan of Diana Ross. 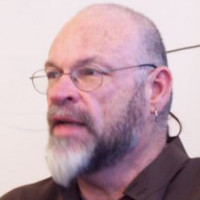 David is a long-term survivor of HIV and a nonbinary pioneer. In the late ’70s, he discovered that he had Klinefelter syndrome and was hormonally masculinized by testosterone therapy without his informed consent. He didn’t realize he was intersex until many years later. In 2011, he cofounded the Intersex & Genderqueer Recognition Project with attorney Toby Adams to address the rights of people to identify as nonbinary on government issued documents. In 2017, he became the fifth legally nonbinary person in California. David remains an active member of several HIV advocacy groups, including the San Francisco AIDS Foundation’s Positive Force. He has been with his husband for more than 40 years. 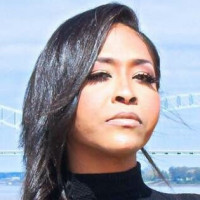 Jasmine is the executive director of We Care Tennessee, the state’s first trans-led nonprofit focusing on empowering trans women of color. She has worked as an HIV counselor and PrEP navigator and was the first leader of trans experience in the National Urban League of Young Professionals. She’s currently an ambassador for the Black AIDS Institute. Jasmine believes that support is the foundation you stand on, values are the directions you walk by and relationships are the garden in which you grow. 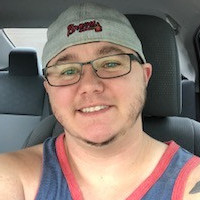 A medical case manager at CAN Community Health, Kayden struggled with his identity for over a decade before coming out as trans. His journey to his authentic self has been difficult but amazing. He is passionate about empowering the transgender community as well as the HIV/AIDS community. He started the podcast Transcaster Radio so that other trans individuals and allies could have a safe way to receive information about the trans community. Kayden currently lives with his fiancé and their five four-legged “children.” 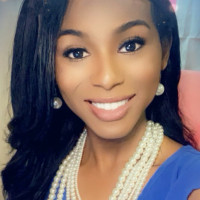 Let’s be real. Navigating health insurance and government eligibility forms can be a nightmare. But thanks to Gabrielle, who works as a medical case manager associate, clients at Nashville CARES don’t have to stress out about that aspect of accessing HIV care because she works with a case management team to ensure each person has health care coverage. She’s also on the My Voice Research Council, which serves as community experts for research development. Plus, Gabrielle facilitates Transcend, a twice-a-month safe space for transgender people to get together for food, fellowship and fun—with no paperwork required. 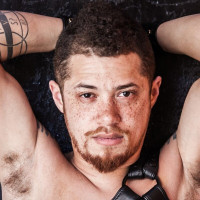 “I’m Jack Thompson, and I’m a proud biracial, openly transgender HIV-positive man, and I promise you I am more than enough.” That’s how Jack introduced himself before being crowned this year’s International Mr. Leather. His win was historic, as he is the first trans person of color to hold the title in the competition’s 41-year history. Jack—who is also the reigning Leatherman of Color 2019—was diagnosed with HIV several years ago while working as an HIV tester and counselor. His message during his reign as International Mr. Leather is “We will not stand for transphobia in our spaces.” Enough said. 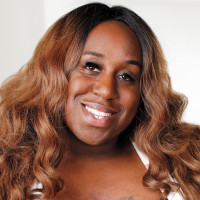 Racquelle is a peer outreach worker for All-Well Being Services and provides HIV testing, prevention and education services. She’s a member of the World AIDS Day Committee in Detroit and is passionate about ending the stigma around HIV. She’s also a research associate at the University of Michigan School of Public Health and a member of the Love Her Collective, a community-academic partnership between the school and the Trans Sistas of Color Project. Racquelle became a member of Mothering Justice after she and her partner, Liam, made the tough decision to halt their own transitioning in order to have a baby. She uses her platform to address the reproductive injustice that trans and nonbinary people often face. 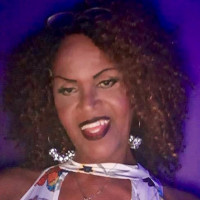 Dianne was diagnosed with HIV in 1995 and became involved in HIV advocacy in 1998. She’s a member of the public policy committee of the Health Information and Management Systems Society, and she’s on the AIDS Drug Assistance Program Advisory Committee for the Ryan White HIV/AIDS Program. Diane is currently coordinating a transgender think tank in Puerto Rico to focus on challenges facing her community. She’s also working hard to eliminate the criminalization of HIV and works to spread the U=U message on the island.