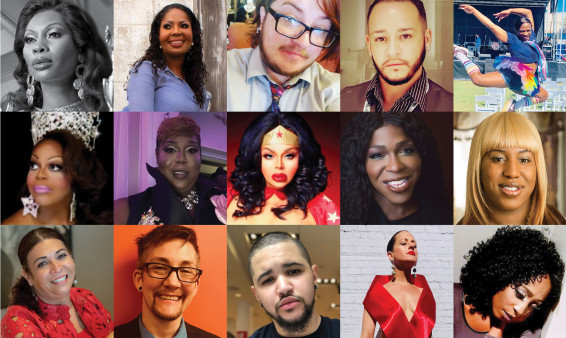 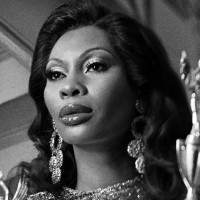 As sharp-tongued house mother Elektra Abundance on the FX series Pose, Dominique (aka Tyra Allure Ross) is a ferocious, streetwise glamazon with a heart of gold (and a morbid secret in her closet). Growing up in Trinidad and Tobago, Dominique endured discrimination and sexual abuse and attempted suicide. As a teen, she escaped to Baltimore then to New York, where she embraced living as a trans woman and found a new family in the house and ball scene. Along her path to stardom, the model-author-actress has remained an advocate for the LGBT community, notably at the Bronx agency Destination Tomorrow. 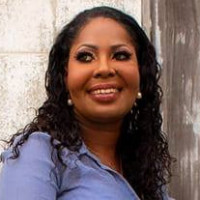 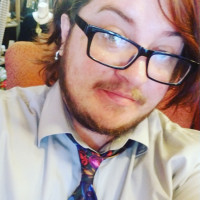 Wulf identifies as a two-spirit/nonbinary man. They are a founding member and the resource coordinator of Southern Oklahoma LGBTQ+, an in-development nonprofit community action group that provides a range of mental and physical health care services—including access to PrEP and referrals to trans- and queer-friendly clinics—to LGBTQ+ people living in rural Oklahoma. Wulf is committed to eliminating the stigma surrounding HIV/AIDS that persists in the area, and, with years of experience with HIV testing and sex education under their belt, they are fully prepared to do so. 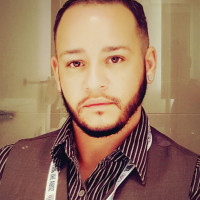 The lead HIV and STI prevention specialist at CAN Community Health in Sarasota, Mackenzie has overcome depression, suicide attempts and substance use to become a leading advocate for the region’s LGBTQ community. In his job, he oversees daily outreach, testing and group-level intervention in seven counties in the area. His goal is to create a safe network that will improve access to care for people living with HIV. Mackenzie’s dream is “to be a warrior against stigma, an instrument of change that will allow the existing and future generations to live and be a part of a unified world filled with opportunities and fairness to all no matter status or gender.” We say he’s off to a good start. 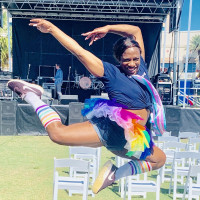 Born and raised in Mississippi, Courtney is a proud Black trans woman who has survived homelessness (as a result of her parents’ nonacceptance) and substance misuse and previously worked as a professional escort. She is also a dancer and through it all has maintained her love of the performing arts. Courtney was diagnosed with HIV in 2016 and is committed to being a voice for trans youth and educating the community on issues related to HIV and health. She volunteers for the ACLU’s Transgender Education and Advocacy Program of Mississippi and the Jackson Medical Mall Foundation’s CARE4ME program. She is a member of the Mississippi Justice Board and is currently a full-time nursing student at Hinds Community College in Jackson. Courtney wants to build a healthier community through education and art. 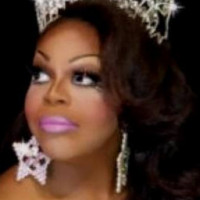 As a trans woman of color, Devinity uses her own experiences to build strong connections to the community. She is currently the trans wellness and HIV prevention coordinator at the LGBT Community Center of Greater Cleveland, where she schedules onsite HIV testing and education sesssions and coordinates the distribution of safer-sex kits. Devinity is also putting her passion for HIV prevention and transgender rights to use in the center’s recently launched trans wellness program. The program provides participants with the social support, education and resources they need to thrive and reduce the risk factors that can lead to high HIV rates within the trans community. 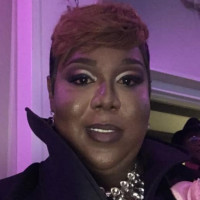 A survivor of domestic violence, Evonné is a Black trans woman and the mother of a teenage daughter. She’s also the founder and CEO of Love Me Unlimited 4 Life, an advocacy and support group for the Mississippi LGBTQ community and those living with HIV. She serves on the national advisory board of Positively Trans and is a cofounder of SHERO (Sisters Helping Every Woman Rise and Organize). She’s also a Black Women’s Ambassador for The Black AIDS Institute. Evonné is currently working to open a shelter for LGBTQ and HIV-positive youth. She also plays a key role in Mississippi’s AIDSWatch Legislative Day at the state capitol. 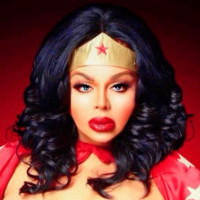 A trans woman from Texas, Kelly first learned about HIV in 1985 when her best friend was diagnosed with the virus. From that day on, she vowed to work as hard as she could to eliminate HIV from the world. She uses her

platform as the Wonder Woman of Drag to entertain as well as educate, and she encourages people in her home state to get tested for HIV, participate in local AIDS Walks and do their part to reduce the stigma surrounding HIV/AIDS. She has helped raise money for many nonprofit organizations, including AIDS Services of Austin, the San Antonio AIDS Foundation, the Valley AIDS Council and the Q Austin. Kelly also helped to open Austin’s Kind Clinic, which offers free and confidential HIV testing. 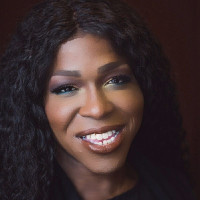 An award-winning author, speaker and educator, Aryah currently works as the deputy director of the Transgender Strategy Center in Washington, DC. She has served as the two-term chair for the State of Florida Health Department’s Transgender Work Group, chair-elect of the Miami-Dade HIV/AIDS Partnership and a member of the National Alliance of State and Territorial AIDS Directors (NASTAD) Transgender Networking Group. Currently, she’s a board member of Equality Florida’s TransAction Florida committee and of the DC chapter of STARR, the nation’s first transgender organization. She was recently inducted into the national Trans100 list. Aryah is an advisory board member of The Well Project, Gilead Sciences and ViiV Healthcare. 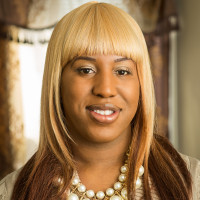 Octavia is a community ambassador for Amida Care and the transgender health coordinator at Montefiore Medical Center. She also serves on the board of Positively Trans and PWN-USA and is a member of the Manhattan chapter of the National Coalition of 100 Black Women. Previously, Octavia, who holds a master’s degree in public administration, worked as an HIV prevention specialist for Planned Parenthood of New York City and as an education specialist in transgender programming for the Hetrick-Martin Institute, a Manhattan-based social services organization that prepares LGBT youth for college. Octavia is an advocate for the LGBT and TGNCNB communities who is looking to make her mark in politics and leave behind a legacy in the fight against HIV/AIDS. 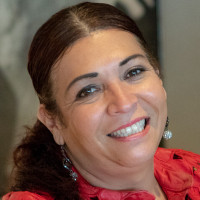 Arianna is a passionate trans educator and activist. Originally from Peru, she immigrated to the United States to escape persecution for being transgender. Since learning she was HIV positive in 2006, Arianna has committed herself to advocating for transgender people and people living with HIV. In 2015, she founded Arianna’s Center to empower and uplift the trans community of South Florida. She previously worked at the Florida Department of Health and at the social services agency SunServe, where she developed the first program to provide direct services to the transgender community in Florida. Arianna is the head of the South Florida chapter of the TransLatin@ Coalition and is a member of the national advisory boards of The Well Project and the TransLatin@ Coalition. She’s also an Undetectable Equals Untransmittable, or U=U, ambassador. 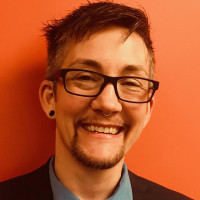 Adrian has been a staff attorney with AIDS Law Project of Pennsylvania since he graduated from law school in 2012. His clients are people living with HIV who need help with public benefits appeals, legal name changes, estate planning and probate matters. Adrian has represented clients before administrative agencies and in federal and state court in a number of HIV-related civil rights cases, including United States v. Safehouse, Beckett v. Aetna, Jones v. OSS and Jones V. Diamontoni. In addition, he sits on the steering committee of the Pennsylvania HIV Justice Network and is active in the campaign to end HIV criminalization at the local, state and national levels. 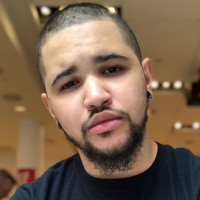 A peer navigation ambassador at New York’s longtime HIV/AIDS agency GMHC, Devin is a Jamaican-American originally from Houston. A community advocate and organizer in New York City for more than six years, he is the lead facilitator for multiple LGBTQ and trans-masculine support groups in the area. He was the first trans-masculine model for GMHC’s “Spotlight Stories,” a campaign highlighting young people to promote post-exposure prophylaxis (PEP), PrEP and HIV/STI testing and care. Devin is also an actor and filmmaker and currently hosts Transmasculine & Healthy, a web series developed by Callen-Lorde and New York City’s health department. 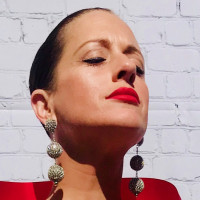 Nikki has been publicly advocating for HIV awareness and prevention since 1993, coming out as an openly HIV-positive transgender woman on talk shows such as The Maury Povich Show, Sally Jesse Raphael and The Jerry Springer Show as well as 20/20 and Inside Edition. She has promoted HIV testing, distributed condoms, worked at food banks and answered the hotline at AIDS Foundation Houston. After her husband’s death, she waged a public legal battle for benefits as a firefighter’s spouse. She has since remarried and is a mother of two children. These days, Nikki can be seen on her YouTube channel in the original docuseries Nikki’s American Dream. She plans to release her autobiography next year.

Editor’s note: Loyd died Wednesday, November 6, in her home in Humble. Her cause of death has not been determined. 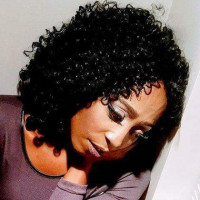 Tiommi was first honored on the POZ 100 in 2016 for her work to end the epidemic by highlighting the obstacles faced by Southern trans people of color affected by the virus. These days, she works for PWN-USA as the communications and training assistant. She also volunteers with the U.S. People Living with HIV Caucus and is a member of the board of Positively Trans and the community advisory board of The Well Project, an online HIV resource dedicated to women and girls. She’s a powerful speaker and presenter and hopes that her story can inspire hope in others.