This list paid tribute to advocates living and working in the South—the region most impacted by HIV/AIDS.

The 2016 POZ 100 list paid tribute to HIV advocates living and working in the South, then and still the region in the United States most impacted by HIV/AIDS. For the purposes of the list, POZ used the U.S. Census Bureau’s definition of the South as encompassing Alabama, Arkansas, Delaware, the District of Columbia, Florida, Georgia, Kentucky, Louisiana, Maryland, Mississippi, North Carolina, Oklahoma, South Carolina, Tennessee, Texas, Virginia and West Virginia.

Recognizing the work of advocates in the region was an obvious choice in 2016, which was also a presidential election year. Any attempt to end the epidemic in the United States would require a concentrated effort there. At the time, 44% of people living with HIV in the United States resided in the South despite the fact that the region accounted for only 37% of the total U.S. population.

To say that year’s honorees—a mix of HIV-positive and HIV-negative people—had their work cut out for them would be an understatement. Nonetheless, there was no shortage of folks doing the needed work to combat the stigma, lack of resources, limited access to health care and rising rates of sexually transmitted infections standing in the way of efforts to stanch the epidemic.

Those honored in 2016 were a group as diverse as the communities they serve. Honorees included professional AIDS advocates and part-time volunteers, Black church members and an atheist from Black Lives Matter, scientists and stay-at-home moms, social workers and social media savants all united in their quest to address such neglected populations as Latinos, women and Black gay and bisexual men.

Speaking up and speaking out will give you the freedom to live, love and be yourself. I’ve been an advocate since birth. When I was born, my cries were my advocacy tools to be fed, to be changed, to be held and to be loved. We need to continue to speak out because advocating will get you everything you need and desire. 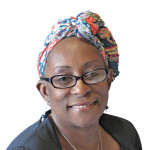 Be sure to ask yourself why you are doing this work. Sometimes advocates have to get uncomfortable to help a person living with HIV. Remember to practice self-care and be willing to step back and let someone else step up. We have a new generation of advocates. Let them learn from those who were fighting in the ’80s, and we need to be willing to learn from them. 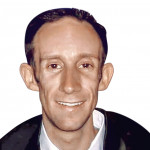 I’m an advocate because stigma is still a very strong reason that people don’t get tested.

The Undetectable Equals Untransmittable (U=U) movement was launched by the Prevention Access Campaign, a coalition of activists, community members and scientists.